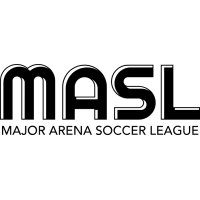 In back-to-back games, the seven-time champion Milwaukee Wave faced the Florida Tropics. In their last meeting, Sunday in Florida, the Wave washed out the Tropics 6-4 and intended to extend their winning streak Friday at the UW-Milwaukee Panther Arena.

Between the Wave and the Tropics, possession was evenly split down the middle. With three minutes left in the quarter, Derek Huffman sunk in a goal behind the Tropics keeper. Ian Bennett marked his 38th consecutive scoring game, marking the end of the first quarter 2-0, Wave. Milwaukee goalkeeper William Banahene, a.k.a. as ‘Willy The Wall’, came to play with three back-to-back saves protecting the Wave lead. Daniel Mattos, one of the Wave ‘Players to Watch’ scored Milwaukee’s third goal of the night. Taking advantage of a breakaway, Azcueta chipped the keeper bringing the score to 4-1, Wave. Maintaining high hopes and intensity, the Wave ended the half in a 4-5, Tropics.

At halftime, Head Coach Giuliano Oliviero said, “We knew this wasn’t going to be an easy game. We just need to regroup and come back in the second half.” The Tropics did not want a repeat of last Sunday’s game, but the Wave continued to fight for the win into the second half.

After the third-quarter confusion of penalty cards and challenge flags, the Milwaukee Wave was in the power play and took majority possession to show off their handles. Marcio Leite tied the Wave back up 5-5 mid-quarter. Maintaining the tie, the Wave found themselves in a Double Power Play. Coming down to the last minutes, Ian Bennett scored the goal the Wave needed. The Tropics knocked in a buzzer-beater goal, but after a review, was deemed to be a second too late, ending the game with a notorious Wave 6-5 win.

“I was pretty confident the refs would get it right,” said Coach Giuliano Oliviero on the Tropics last second attempt, “We heard the buzzer go as the ball came off the glass, I felt very confident they were going to turn that goal around and they did.”.

Ian Bennett, PCI’s Hardest Working Player of the Game, grinned as he reflected on tonight’s game. “It came down to the wire, as you could see, but we pulled it out, man.”

Claiming to be Bennett’s “understudy”, Banahene also led the team to success with more saves than you could count on your fingers. “I’m here to do what I do, making saves and getting the result. It was a good team win.”.

Coach Oliviero’s parting words were, “If you can win, and…