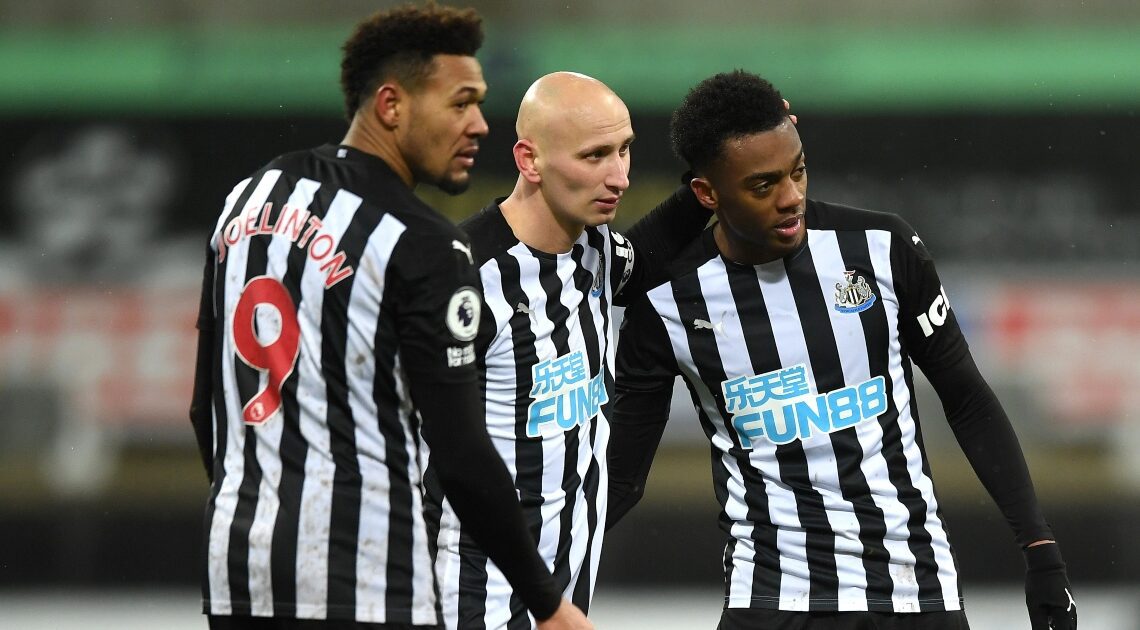 The Englishman has been a key player for the Magpies over the years but has featured just three times this season, so a loan move would suit Shelvey if he wants more minutes on the pitch.

The former Liverpool man will hope he can have more of an impact than Alli, though, who has struggled while on loan with Everton.

As mentioned, Shelvey has been out of favour with Newcastle boss Eddie Howe after falling behind the likes of Bruno Guimaraes and Sean Longstaff in the pecking order this season.

Since joining the Magpies in 2016, the midfielder has made 202 appearances across all competitions, scoring 18 goals and making 25 assists in the process.

He has played a key role for Newcastle, helping his team to achieve promotion from the Championship in the 2016/17 campaign, as well as keeping them in the top flight until their dramatic turnaround in form last season.

Now, the Magpies sit in fourth place in the table, just nine points behind league leaders Arsenal, after winning 10 of their 19 opening games.

But, it seems Shelvey is now out of favour with Howe, who is reportedly willing to let the 30-year-old leave on loan this winter.

According to Fotomac, Besiktas have now ‘made contact’ with Shelvey’s representatives over a temporary switch to Turkey, while a proposal is ‘being prepared.’

The player’s Newcastle contract expires at the end of the season, meaning they could sign him on a free transfer when his loan expires.

If the Turkish giants instead opt to sign Shelvey now, it is believed that a bid between £2.5m and £3.5m would be enough to secure his services.

Indeed, getting Shelvey off the books makes sense for both him and Newcastle, who are looking to make their own signings this winter.

For instance, they have been touted to make a stunning double raid on Everton, with Howe reportedly keen to sign Anthony Gordon and Dominic Calvert-Lewin.

While it seems unlikely that Frank Lampard would allow his main striker Calvert-Lewin to leave amidst a relegation battle, Gordon is a more realistic option as his form has been very inconsistent this season.

The Toffees’ winger has made 16 league appearances this season, scoring three goals, but was left out of Everton’s starting XI for their recent defeat to Southampton.

He then came on with 20 minutes to play, but his only contribution was giving…