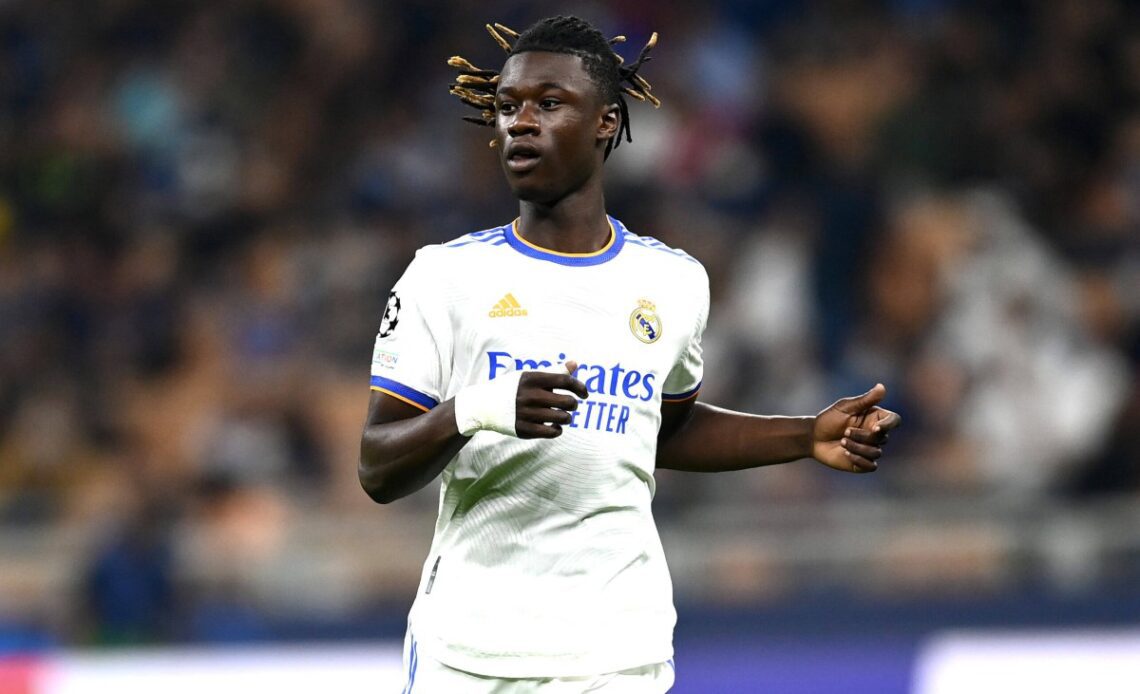 Eduardo Camavinga is no doubt a star of the future but with his game time currently limited at Real Madrid rumours are circulating over the midfielder’s departure from the Bernabeu.

On Friday a report from the Evening Standard stated that Arsenal want to bring in the 20-year-old to the Emirates on loan this January to help their push for the Premier League title.

Mikel Arteta is in need of another midfielder in his squad to provide cover for Xhaka and Partey but it is uncertain how much game time the French international would get at Arsenal if both stars remain fit.

Chelsea are also reported to be interested in Camavinga with 90min reporting that the Blues along with Arsenal have enquired about the midfielder’s availability. However, the player’s agent has now provided an update on both teams’ interest in the youngster.

Speaking to Fabrizio Romano about the rumours surrounding the Premier League clubs, Eduardo Camavinga’s agent Joshua Barnett has said that there is no truth in them and that the 20-year-old is staying at Real Madrid.

EXCL — Eduardo Camavinga’s agent Joshua Barnett tells me on Arsenal and Chelsea loan links: “There’s no truth. Of course every club in the world would want him, but he’s very happy in Real Madrid and Real Madrid are very happy with Camavinga”. ??? #RealMadrid