Newcastle remain way ahead of schedule, but the goalless draws are starting to become an irritant 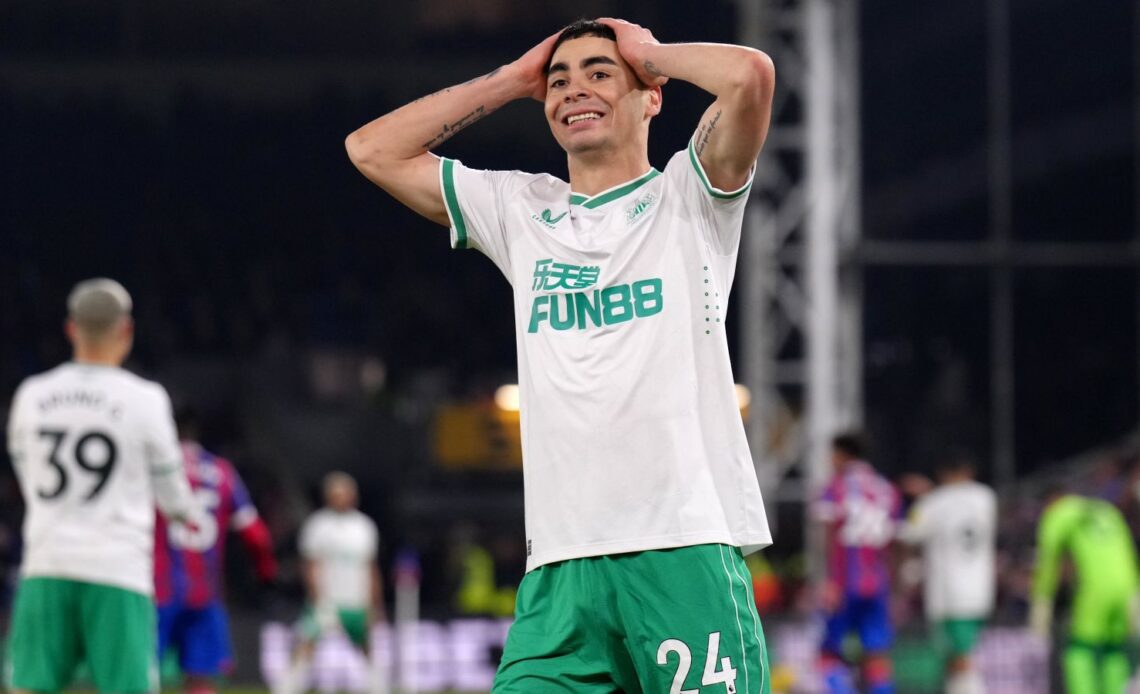 Newcastle remain so ludicrously ahead of even the most optimistic schedule for their post-takeover journey that any criticism at all still feels glib, but another goalless draw is a teensy bit annoying.

Obviously, the very existence of irritation – mild or otherwise – about a result that lifts Newcastle above Manchester United into third is in itself a clear sign of How Far They’ve Come but nevertheless. The obviously incredible standout statistics – 15 Premier League games unbeaten, six clean sheets in a row – are just starting to be impinged by the drying up of the goals. This was a third goalless draw in four games. If the point at the Emirates was very much one gained, then for where Newcastle now are this one and especially that at home to Leeds mark points dropped and opportunities missed.

And when the other game in that recent run is a 1-0 win over Fulham secured with a late, late goal then it is a vast distance from a crisis but it’s still one goal and one unconvincing win in the last four games.

For Eddie Howe, this will be a doubly annoying result representing as it does a chance spurned to put even more distance between themselves and straggling superpowers Liverpool and Chelsea after their abysmal goalless draw at lunchtime.

This game wasn’t anywhere near as bad as that one, and both Liverpool and Chelsea can only dream of Newcastle’s current problems, but those problems are there. Palace away is nobody’s idea of a freebie, and they showed more of the character here that got them a point against Manchester United in midweek in a tough run of games that has also brought defeats to Tottenham and Chelsea in the last fortnight.

But if you’re looking at a top-four finish you would expect to make more of the dominance Newcastle enjoyed here. There were few clear-cut chances and letting Chris Wood go without a replacement secured already looked like like a needlessly careless act for a club in Newcastle’s position.

The main issue has been a slight yet inevitable regression to the mean from Miguel Almiron, allied to the continued ineffectiveness of Allan Saint-Maximin since his return from injury. He remains the one major Newcastle player to have conspicuously failed to thrive under Howe having so often been the one shining light in the bad old days. With Callum Wilson also short of minutes and Alexander Isak still feeling his way into Premier League football it is something that could be a problem for a while as Newcastle bid…