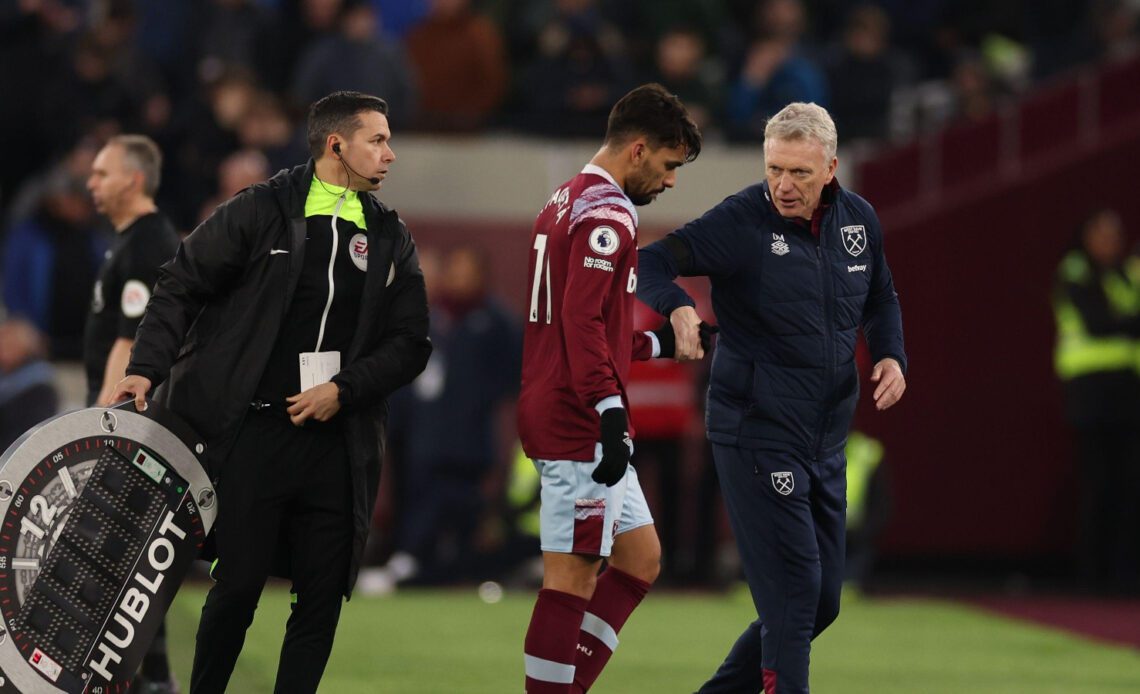 West Ham picked up a vital three points against relegation rivals Everton today with a 2-0 win that sees them climb to 15th in the Premier League table.

David Moyes was understandably very pleased with the ‘hugely important’ win, but after spending seven years managing Everton he also added that he ‘feels’ for Frank Lampard and his team.

Jarod Bowen hit an impressive brace to secure the victory, while Everton failed to convert their opportunities, which were few and far between thanks to a solid performance from Angelo Ogbonna in particular.

West Ham manager David Moyes said to BBC Match of the Day, via BBC Sport: “It was needed. We’ve not been in the best run of form but three points today was hugely important.

“We have not scored the goals and if you are on a run like that it can be very difficult. Defensively we have been OK, but it is our goalscoring which is a problem. Today we got a couple of goals which made a huge difference.”

The Scottish manager was favourite to be the next Premier League manager to be sacked before today’s game, but now Lampard will take on that burden after the Hammers reigned supreme at the London Stadium.

Moyes added:  “I’ve been pretty cool about it [the pressure]. I have had great support from the board, they are keen for me to stay and do well.

“We have changed a lot of players, a decision we took in March last year. The change has been difficult but the new players given a bit of time will help and become really good players here.”

On West Ham’s ongoing battle with relegation, he said: “There’s a bundle of teams down there and it can chop and change. I believe we should be further up the league by what we have done but we’ve just not scored the goals.

“But having Danny Ings come in, who has a pretty good record, if he can get us goals I think we will find ourselves moving up.”

Moyes also had plenty of praise for Bowen, who, as mentioned, got the deciding two goals to defeat a deflated Everton side.

He said: “Jarrod probably felt disappointed he didn’t make the World Cup squad, we have missed his goals badly. We see him as a goalscorer and he proved that today. I think he is someone who could turn into a centre-forward in time. But today I was really pleased he got a couple of goals for us.”

However, the former Toffees boss was also sympathetic with Everton and Lampard, who now find themselves joint-bottom of the table with Southampton.

Moyes said: “It was a difficult day…