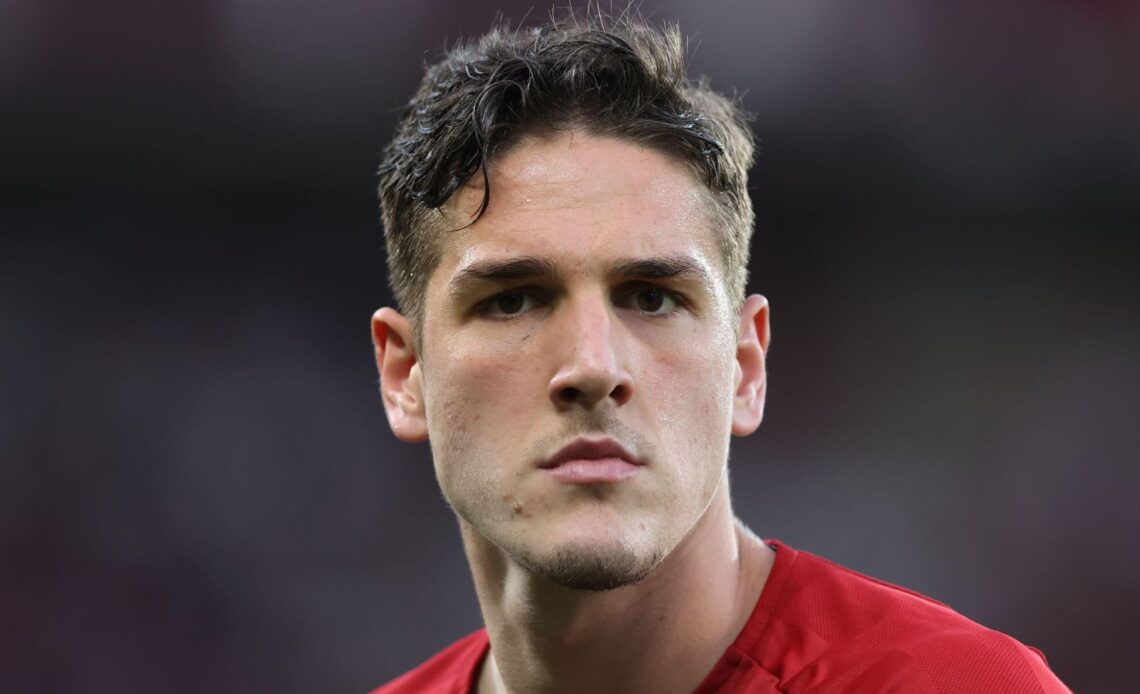 Roma midfielder Nicolo Zaniolo has reportedly been left out of the Italian club’s squad for their clash with Spezia on Sunday, suggesting a move to the Premier League is edging closer.

Tottenham and Arsenal are believed to be frontrunners in the race to sign the 23-year-old, who would prefer to join a team competing in the Champions League this winter.

Zaniolo has just 18 months remaining on his current deal at the Stadio Olimpico, with talks over an extension now coming to a standstill.

Spurs have allegedly had an initial bid rejected for the Italian, but are expected to respond with an improved offer.

According to CalcioMercato, Antonio Conte’s side are currently in talks with the player’s representatives in England, suggesting they have now moved ahead of Arsenal in their pursuit.

Now, Tottenham will have been put on red alert with the news that the midfielder has been left out of Mourinho’s squad this weekend.

It is believed that Roma would allow Zaniolo to leave the club this winter, on loan with an obligation to buy.

But, the Giallorossi are demanding that any potential new club must pay £35m if they want to sign him permanently.

As well as Tottenham and Arsenal, Newcastle, West Ham United and Borussia Dortmund are also keeping tabs on Zaniolo’s situation this month.

Zaniolo has been an ever-present figure in Roma’s team since joining from Inter Milan in 2018 and has featured heavily this season since recovering from a shoulder injury in September.

Overall, in 128 appearances for the Italian club, Zaniolo has scored 24 goals, as well as contributing 18 assists, playing a key role in Mourinho’s team’s recent success.

Zaniolo is a versatile player, with the ability to play as an attacking midfielder, a winger,  or as a second striker, so he could provide cover in a number of positions for Antonio Conte and Mikel Arteta.

However, Zaniolo’s recent form has not been brilliant of late, with speculation that the ongoing rift behind the scenes is a big factor.

Indeed, Conte is keen to add a quality player to his ranks in the current window, as they look to reignite their efforts to get into the top four.

Zaniolo could potentially add some much-needed attacking quality to Tottenham’s squad, after Heung-min Son has been uncharacteristically poor recently and Richarlison has also failed to find…