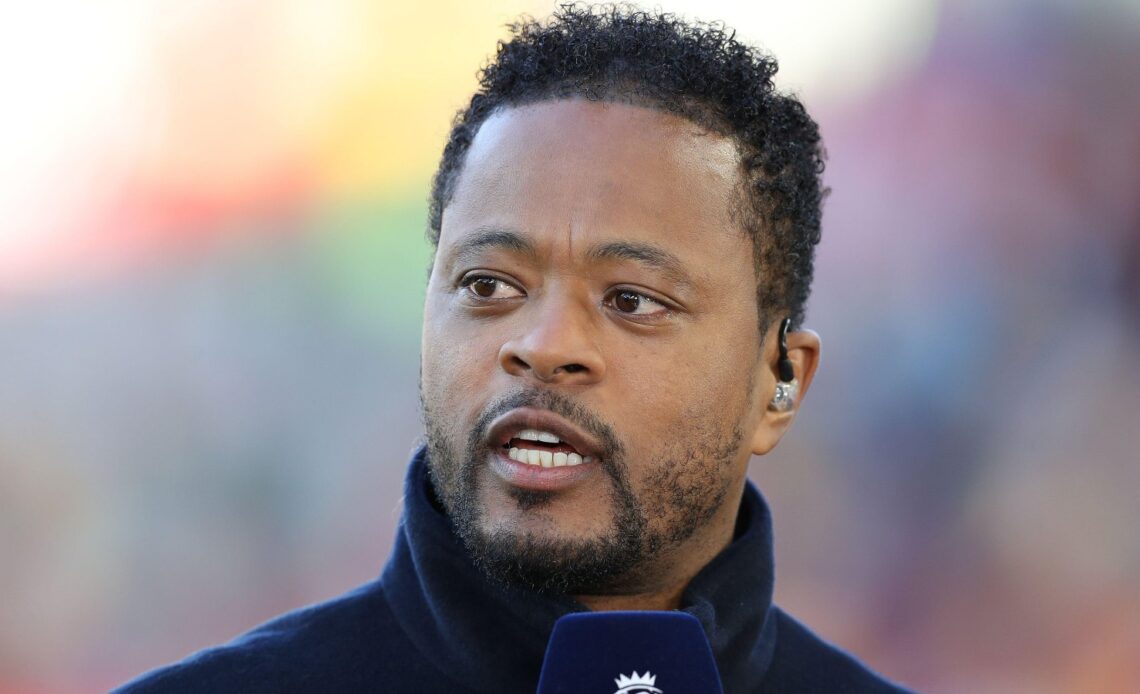 Patrice Evra has made his prediction ahead of Chelsea’s trip to Liverpool while the former Manchester United defender reckons Tottenham will lose again at the weekend.

Liverpool and Chelsea are used to playing each other towards the top end of the league but Saturday’s clash has become a mid-table battle with both sides having terrible starts to the season.

The Reds dropped down to ninth after last weekend’s loss to Brighton, although they did beat Wolves in their FA Cup third round replay in midweek, while the Blues sit tenth after beating Crystal Palace 1-0 on Sunday.

And Evra reckons there will be no separating the sides when they collide at Anfield on Saturday with the former Man United defender predicting a draw.

Evra told The Metro: “This is a match between two teams under fire. I hope Chelsea play Mykhailo Mudryk. When you look at their team, wow, but the question is how will Graham Potter make them play together as a team, not as individuals.

“Liverpool got trashed against Brighton, Jurgen Klopp keeps repeating himself and wants to get back to basics, play, control and pass the ball.

“People don’t want to admit it but Sadio Mane leaving has damaged their season, I’m sure they will recover next season but not now. I know things aren’t down to just one player, but he was a big part of Klopp’s plan and people don’t want to be honest about it, he was so important for this Liverpool team, he was the core of the team.

“If either team wins, it’s not like we’re going to say it will save their season, it will be just for the prestige. Liverpool are so disappointing and Potter doesn’t have the key for Chelsea right now, so I’m going to go for a draw in this one. 1-1”

Tottenham have lost their last two Premier League matches to Arsenal and Manchester City and Evra reckons their poor run of form will continue against Fulham on Monday.

Evra added: “Fulham had such a good game against Newcastle last time out. Tactically, the way they were in possession of the ball they looked good and I think they can get a result in this one.

“Tottenham are in a bad moment right now. I just feel like it’s Deja vu. I think Conte knows that he can’t build something in one year, it was a miracle the way he got them in the Champions League, but now it’s a new season.

“They look hurt and frustrated right now. Conte needs to find that energy and belief again. 2-1”