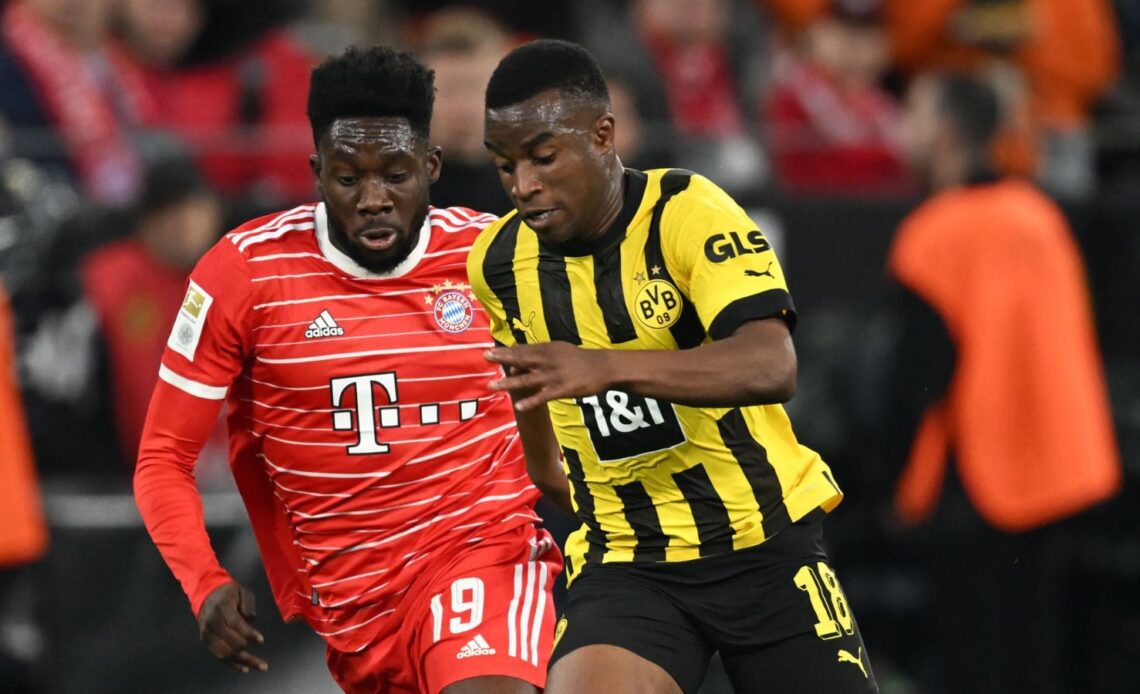 In-demand Borussia Dortmund striker Youssoufa Moukoko has dealt a blow to three Premier League teams after signing a new contract, according to reports.

Liverpool, Manchester United and Newcastle had all registered an interest in signing the 18-year-old, but will now have to look elsewhere for attacking reinforcements.

Moukoko is one of the most exciting young strikers in Europe at the moment, so the PL trio may live to regret missing out on their man.

The player and Dortmund had reportedly been in a stand-off over contract talks for the past few months, which generated plenty of interest across Europe.

The German international’s current contract is set to expire at the end of this season, but according to the Sun, he is now set to stay in the Bundesliga.

They claim that the youngster has penned a new deal which will see him earn around £100,000 per week, despite the fact that he could likely earn more in the Premier League.

Allegedly, if Moukoko had run down his contract at Dortmund, he could have earned around £170,000 per week with Chelsea or Newcastle, with a staggering signing on fee worth £26m.

However, it seems the wonderkid has decided that his development would be best served by staying in Germany, where he has been in fantastic form.

Moukoko became the youngest player to feature in the Champions League history after making his first appearance in the competition two years ago and is widely touted to have huge potential.

The centre-forward is also the youngest goal scorer in Bundesliga history and recently became the youngest player to represent Germany at the World Cup.

This season, the striker has been a regular feature in Edin Terzic’s side, netting six goals in 14 league appearances so far.

Speaking to Sky in Germany, he said:  “If Moukoko is all about the money, I might recommend him to join Ronaldo in Saudi Arabia.

“But if he wants to further expand his still young and very promising career and wants to become a great footballer, then there is no better place for him to start than with Borussia Dortmund.

“There’s nothing he can’t get there. Fantastic fans, a healthy club, bosses and coaches who trust him and certainly a decent salary.

“What does he want after a few good months in the Bundesliga at Chelsea, Newcastle or anywhere else abroad at the age of 18?

“The competition is tough there. The…