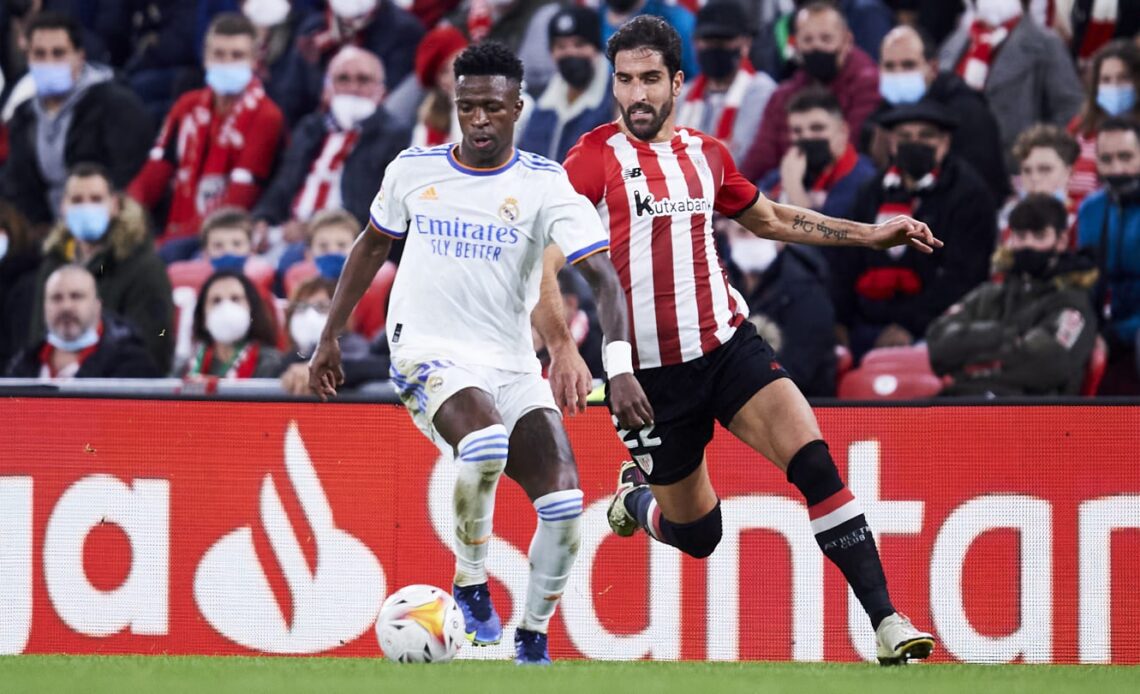 Both clubs made commanding starts to the season but come into the weekend’s showpiece event out of sorts. Athletic were third in October but a sequence of two wins from their last ten league games (D4 L4) has seen Ernesto Valverde’s side slip outside the top seven.

Real Madrid remain firmly ensconced in the title race but lost to their Catalan rivals Barcelona in the Spanish Super Cup last weekend. The doubts that defeat churned up were stoked further as Madrid fell 2-0 behind in Thursday’s cup tie against Villarreal. Carlo Ancelotti’s side rallied to produce a typical comeback but lost to the same team in their most recent league fixture.

Here’s everything you need to know about these two teams’ attempts to get back on track.

Valverde won’t be able to call upon Yeray Alvarez after the centre-back received a red card in the Basque derby against Real Sociedad last weekend. The club have already had one appeal against the suspension turned down and Alvarez is expected to join Inigo Martinez (physical discomfort) on the sidelines this weekend.

Neither Aurelien Tchouameni nor David Alaba were involved in Real Madrid’s ultimately unsuccessful exploits in the Supercopa as they nursed a pair of leg injuries. Lucas Vazquez sprained his ankle out in Saudi Arabia, consigning the full back to a spot in the treatment room until March.

This is a meeting between two sides equipped to spring forward on the break. At their best this season, Athletic have hounded after the ball at the top of the pitch with an infectious zeal. Valverde’s side has won possession in the final third more often than any other club in La Liga (per Opta).