Will Darwin Nunez play against Chelsea after injury? 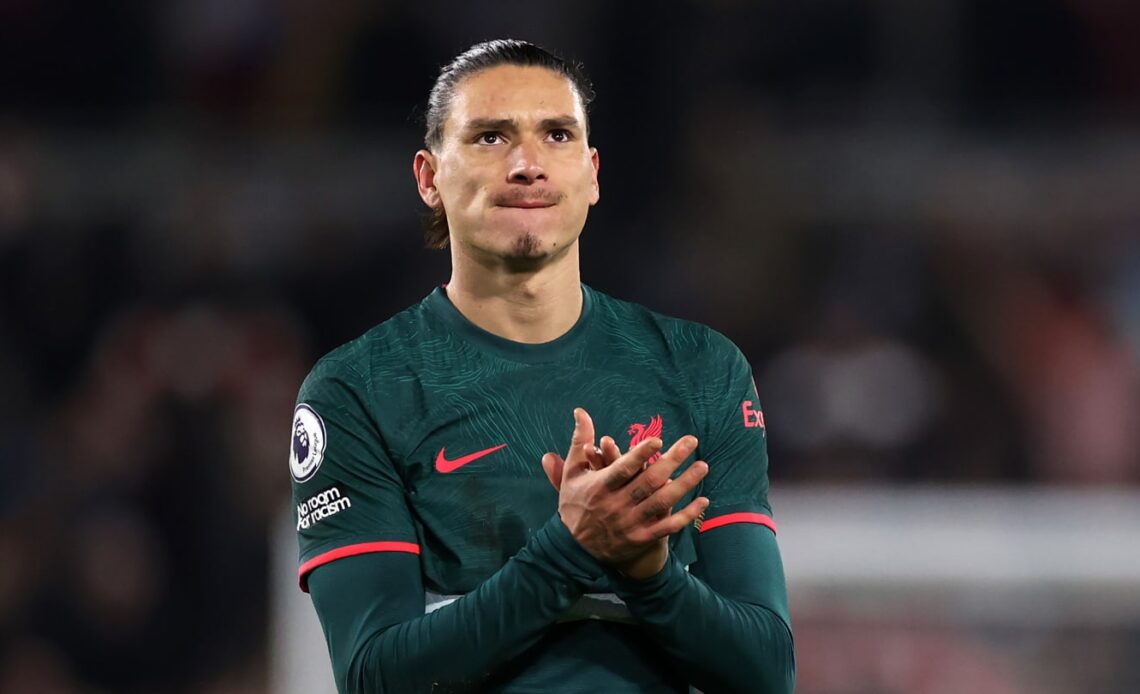 Liverpool manager Jurgen Klopp has confirmed striker Darwin Nunez is fit and ready for this weekend’s key clash against Chelsea.

Liverpool‘s options up-front have been limited as a result, but Klopp will now be boosted by the return of Nunez this weekend as they welcome Chelsea to Anfield.

Asked by reporters whether or not the striker will be available against the Blues, Klopp simply responded: “Yes.”

Nunez has divided opinion since joining from Benfica, proving inconsistent in front of goal and missing a few big chances.

However, the fact remains the 23-year-old is still one of Liverpool’s best goal threats, scoring 10 goals across all competitions so far this season and adding to his tally in a 2-2 FA Cup draw with Wolves just before his two-game absence.

Five of Nunez’s goals have come in the Premier League, with only Firmino and Mohamed Salah scoring more on seven apiece.

The return of Nunez will be welcome news for Klopp, who is looking to help his side overturn a 10-point gap between themselves and Newcastle United in the fourth and final Champions League spot.

Liverpool have lost each of their last two league games against Brighton (3-0) and Brentford (3-1), but did beat Wolves 1-0 in an FA Cup third round replay earlier this week.