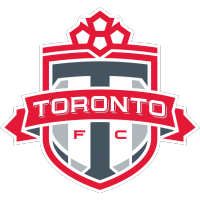 Major League Soccer and Liga MX announced today the 15 groups of the inaugural edition of Leagues Cup 2023, the official Concacaf competition where all 47 clubs – 18 from LIGA MX and 29 from MLS – will play in a World Cup-style tournament that will qualify three clubs for the 2024 Concacaf Champions League. Toronto FC’s group for Leagues Cup 2023 will feature Liga MX side Atlas F.C. and New York City FC. The inaugural edition of Leagues Cup will take place from July 21 to August 19.

Toronto FC have faced off against New York City FC a total of 22 times in club history, and hold a 8-7-7 all-time record against NYCFC across all competitions (MLS Regular Season, MLS Cup Playoffs and MLS is Back). TFC will face Atlas F.C. for the first time in club history when they meet in Leagues Cup this summer.

The top 15 MLS clubs – excluding the MLS Cup champion – have been placed in their corresponding geographic region first, and then based on their position in the final 2022 Supporters’ Shield standings. The top 15 LIGA MX teams, based on the combined Clausura 2022 and Apertura 2022 standings – excluding the LIGA MX champion as described above – have been paired in reverse order with the top 15 MLS clubs (No. 15 LIGA MX seeded club has been paired with No. 1 MLS seeded club and so on).

Continuing with the competitive balance criteria, the remaining 13 MLS clubs have been placed in the groups, again based first on their geographic region, and then based on their position in the final 2022 Supporters’ Shield standings.

With the MLS clubs placed into groups, the South and East regions have one remaining slot each. Based on the combined Clausura 2022 and Apertura 2022 standings, the last two…