Sidekicks Look To Come Back On Sunday After Loss To Strykers 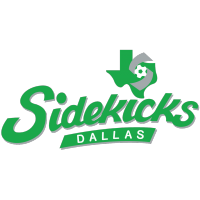 The first quarter of the game started out slow with only one Strykers goal which was scored by Adam James. The goal was scored at the 4-minute 26-second mark of the quarter.

The second quarter of the game had one goal each by both sides. The first goal in the quarter was scored by Strykers player, Franck Tayou at the eight-minute mark. One minute later, Sidekicks player Renato Torquato scored. At halftime, the score was 1-2.

In the third quarter of the game, the Sidekicks defense fell apart allowing seven unanswered goals. Strykers goal scorers in the quarter were Jesus Pacheco, Adam James, Mohamed Ndiaye, two by Franck Tayou, and two by Gabriel Costa. The score at the end of the third quarter was 1-9.

Six minutes into the fourth quarter, Strykers player Adam James added one more to the goal count. However, the last goal of the game was scored by Sidekicks player Kristian Quintana.

During the match, Strykers players’ Franck Tayou and Adam Jones both recorded hat tricks. The final score was 2-10.

The Sidekicks have a rematch against the Strykers this Sunday at Empire. The game will be streamed live on Twitch (twitch.tv/masl_soccer3). Kickoff is at 5:05 CST.

The Sidekicks are back at home on Sunday, January 29th at 1 PM for First Responders Appreciation Day. Score your tickets today by visiting dallassidekicks.com/tickets, calling the office at (469)-393-0160, or emailing tickets@dallassidekicks.com.

ABOUT THE DALLAS SIDEKICKS

The Dallas Sidekicks is an American professional indoor soccer team of the Major Arena Soccer League. The organization was established in 1984, is headquartered in Allen, Texas, and plays all home games at the Allen Event Center. Follow the Sidekicks at www.dallassidekicks.com and on their social media.