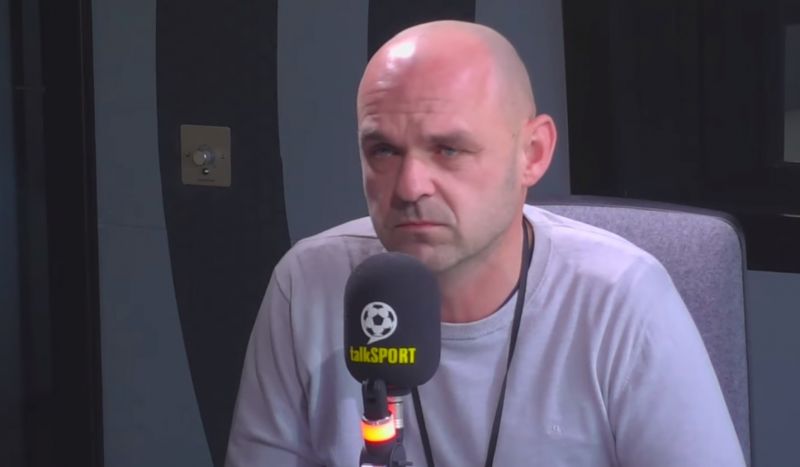 Pundit Danny Murphy has claimed that he believes Declan Rice will sign for Arsenal.

Rice sparked speculation during the World Cup after admitting his desire to play in the Champions League.

A number of clubs are interested in the England midfielder but according to the latest report from The Times, Arsenal have made Declan Rice their top target.

The Gunners have been exceptional this season under Mikel Arteta and they are surely on their way to Champions League football next season, and could go one step further and win the league this season as well.

And certainly, Arteta’s Arsenal project look the most exciting one in the country at the moment and many top class players will be tempted by it.

When asked on TalkSport about Declan Rice and if he would be an automatic starter at Arenal, ahead of Granit Xhaka and Thomas Partey, Murphy said:

“I don’t think that matters. If Arsenal are on the trajectory they’re on, and they have the ambition to move forward and be regular contenders in the Premier League and start playing Champions League football every season, you can’t rely on three midfielders.

“My hunch really at the moment is Arsenal. I think deep down when you’re from a certain area, you might want to stay around your family who support you.

“Maybe that Arsenal thing has become much more attractive, and actually what you said at the beginning, he probably looks at that midfield and thinks, ‘I can get in that team comfortably’.”

Rice is one of the best defensive midfielders in the league and and the £70m rated midfielder will be in huge demand next summer.

It remains to be seen whether he will join Arsenal or his boyhood club Chelsea, who are also said to be interested in signing him.