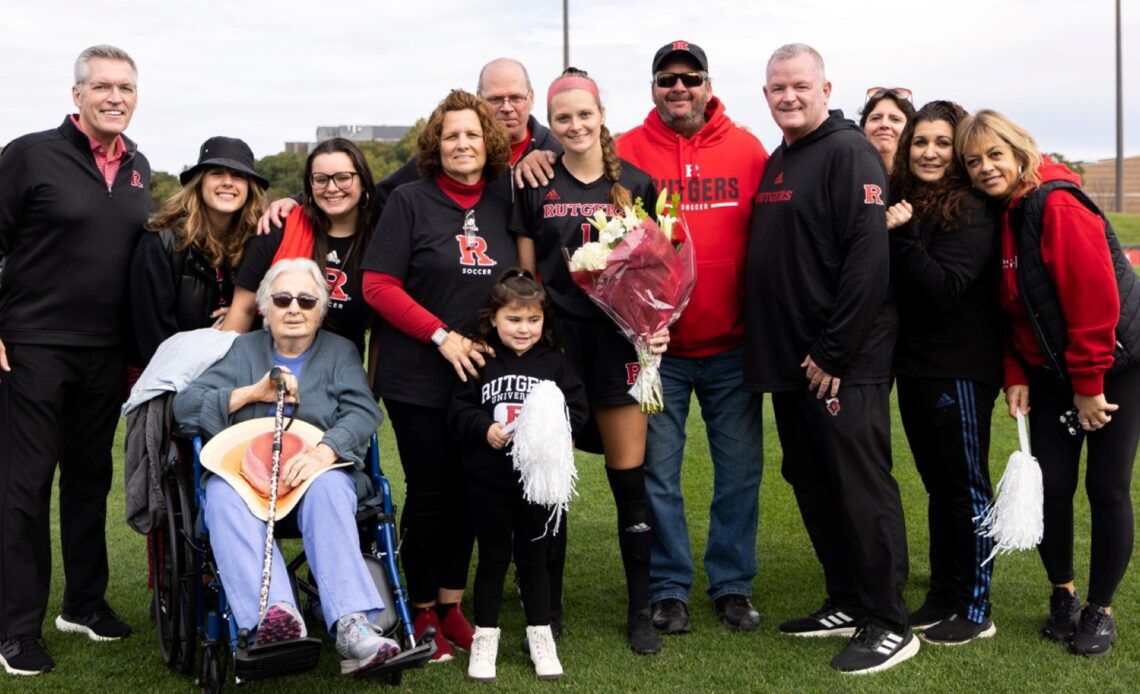 
CHICAGO – Rutgers goalkeeper Meagan McClelland has accepted an invitation to preseason training camp with the Chicago Red Stars of the National Women’s Soccer League (NWSL). The Scarlet Knight graduate will report to camp on Monday, Jan. 23 to train with a pool of professional players and prospects.

Following in a tradition of elite goalkeeping at Rutgers women’s soccer, McClelland departed “the Banks” with legendary statistics and honors throughout a five-year career minding the net for the Scarlet Knights. The Kearny, New Jersey native left college second all-time in NCAA history with 9,482 goalkeeper minutes, from which she recorded 43 solo shutouts, 49 team shutouts, a 0.69 goals-against average and an .801 save percentage.

The 2018 Big Ten Freshman of the Year went on to play in 102 games with 101 starts in net, picking up four All-Big Ten honors and three United Soccer Coaches All-Region awards along the way. McClelland led the 2021 Scarlet Knights to a perfect 10-0 record in Big Ten play en route to the school’s first Big Ten championship before a run to the program’s second College Cup. On the way to the Final Four, the goalkeeper both stopped and converted penalty kicks in back-to-back matches in the third round and quarterfinals at Yurcak Field with Rutgers as the No. 1 seed.