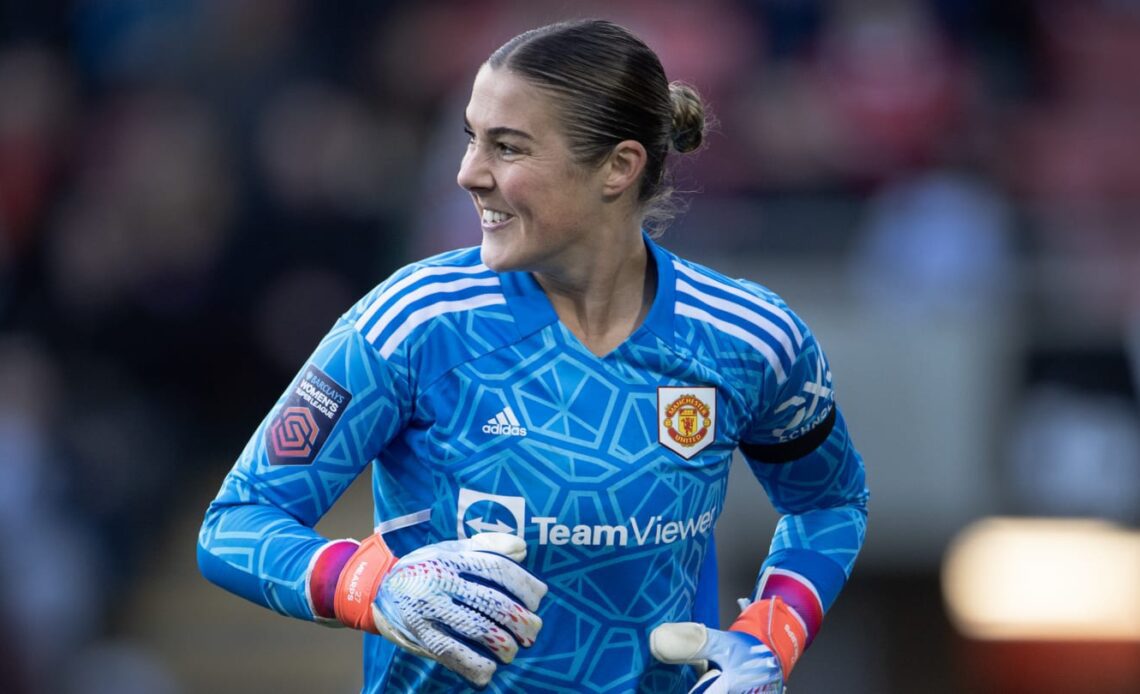 Manchester United goalkeeper Mary Earps has hinted that her long-term future with the club could hinge on the club qualifying for the Champions League for the first time.

Earps has entered the final six months of her United contract like a number of other key players, although the club still holds an option to extend the deal until 2024.

That option will at least protect United from losing Earps, who is nominated for The Best FIFA Women’s Goalkeeper award due to her outstanding form in 2022, as a free agent this year. But it offers little else in the way of other guarantees.

“I think it’s a little uncertain and I think it’s something that’s evolving,” the 29-year-old told Forbes of the situaiton regarding her future at United.

“The conversations [with United] are happening so we’ll have to see how it pans out. I want to play Champions League football and that’s kind of how I feel so we’ll just have to see how everything unfolds, I think. Time will tell with that one.”

United’s preference appears to be negotiating a new deal rather than simply relying on the option and boss Marc Skinner had already confirmed last week that talks over fresh terms have begun.

“Our options are for the club [to trigger],” Skinner said. “We’re actually in the conversation with Mary about renegotiation too. It’s something we’re looking towards, she’s someone I personally have a lot of time for. We’re looking at that because she’s a huge part of what we do.”

Earps joined United in the summer of 2019 after a year as a back-up at Wolfsburg in Germany. She had previously made her name in the WSL with Bristol Academy and Reading, earning a place in the 2016/17 PFA WSL Team of the Year with the latter.

The goalkeeper has known Skinner since she was a teenager and he was an assistant coach at Leicester. Their paths also later crossed at Birmingham, where the current United boss held numerous roles before eventually landing the first-team job a few years later.