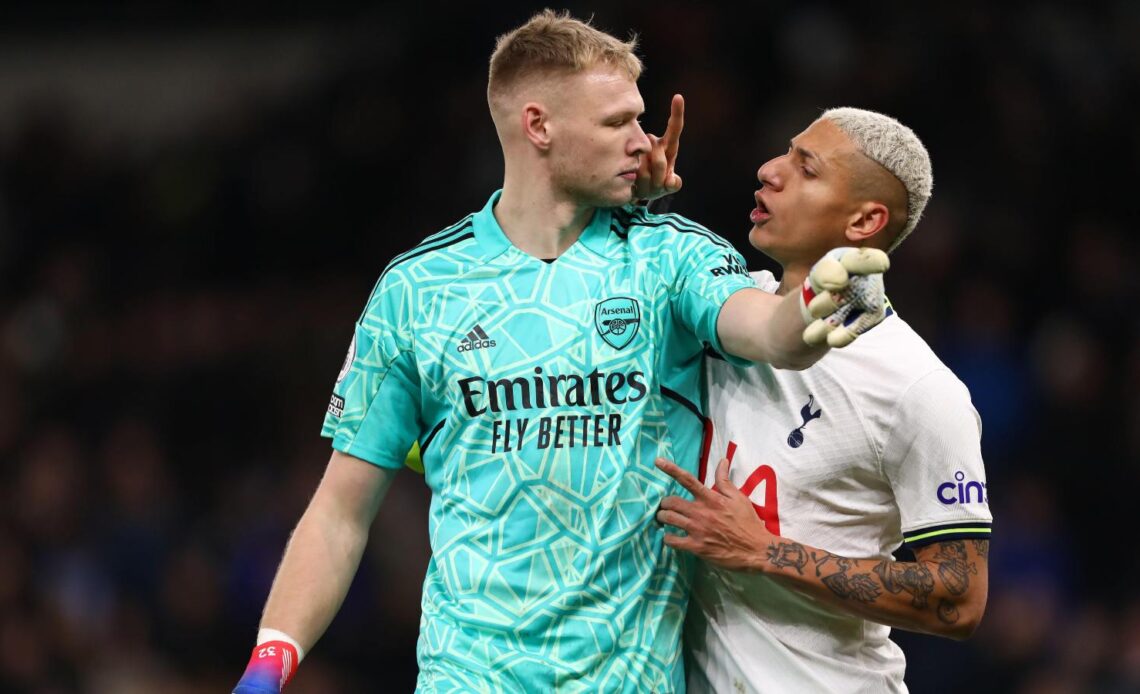 Here is the latest installment of… When S**thouses Collide…

Ramsdale put in a man-of-the-match performance as the Gunners came out on top against Spurs on Sunday.

At the end of the game the England shot-stopper taunted the home fans by kissing the Arsenal badge, which Richarlison ironically took exception to.

The Brazilian international got all up in Ramsdale’s personal space, poking him and pushing him in the face.

He was clearly seething after his side’s abject display and Foster reckons Richarlison was trying to prove to the Spurs fans that he cared.

The ex-Watford goalkeeper went on a superb rant about the former Everton forward and saluted Ramsdale for not reacting.

Foster believes Richarlison acted ‘ridiculously’, nominating him as his “chump of the week”.

“First of all, Aaron Ramsdale conducted himself incredibly well, what a guy,” he said on his YouTube channel.

“The only reason he is doing this is because they’ve just been spanked in the north London derby and the Spurs fans are watching it and they’re going, ‘None of you lot care. You’ve got no heart. You don’t care about the club’. And Richarlison’s giving it the big un’ and he’s tried to give it and go, ‘Yeah I care, look how much I care don’t you dare taunt our fans’. That’s the only reason why he’s done it.

“Load of s**t it is. Fuming with him I am, absolutely fuming.”

Foster was not just unimpressed by Richarlison’s reaction to Ramsdale, but by Spurs’ display on the day, saying it was so passive it felt like a “pre-season friendly”.

He said: “How crazy is it, in a north London derby when the emotion is so high and everybody should be off the richtor scale of f**king energy and craziness… Tottenham in that first half, honestly, it was like a pre-season friendly, it was embarrassing!

“Arsenal were the only ones who were pressing and rushing and running, harrying, all that kind of…