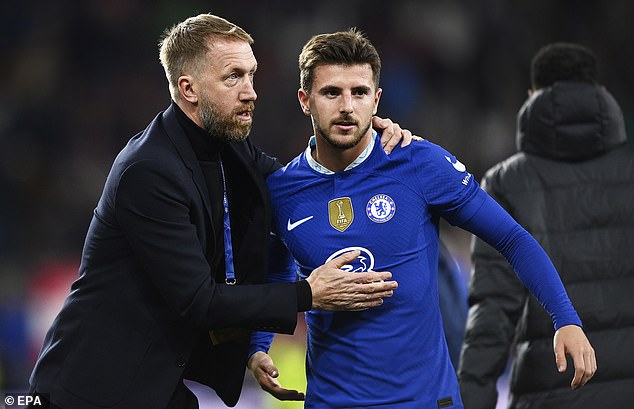 By Simon Jones and Jeorge Bird For Mailonline

Liverpool are unlikely to make a move for Chelsea midfielder Mason Mount.

Although the Anfield club admire the 24-year-old, they are prioritising summer moves for Borussia Dortmund’s Jude Bellingham and Wolves’ Matheus Nunes.

They also expect Chelsea to eventually reach agreement with Mount over a new contract.

The 24-year-old is seen as a key part of Chelsea’s side and the Blues are confident that they will be able to persuade him to stay.

Liverpool are planning to significantly improve their midfield, with Mount viewed as a player who could help them in that regard.

Juventus are also said to be interested in Mount, who has made 186 appearances for Chelsea, during which he has scored 33 goals. 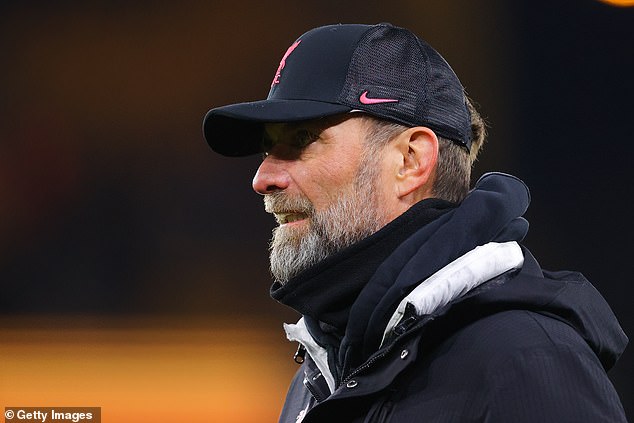 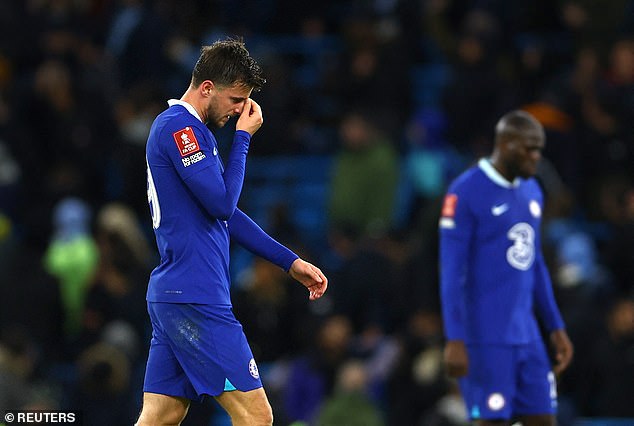 Mount, who earns £75,000-a-week, is one of the lower paid members of the Chelsea squad

Chelsea, who have yet to meet Mount’s wage demands, are reluctant to lose him, especially to a rival – according to a report in the Guardian.

Mount currently earns £75,000-a-week, which means he is one of the lower paid members of the Chelsea squad.

Juventus are also interested in Mount, who has made 186 appearances for Chelsea, during which he has scored 33 goals.

Liverpool are putting plans in place for a possible summer move, with Jurgen Klopp’s side having also been linked with Borussia Dortmund star Jude Bellingham.

Chelsea face Liverpool on Saturday, with the sides in ninth and tenth place respectively in the Premier League.