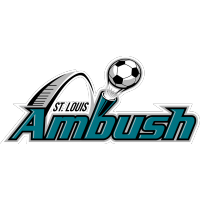 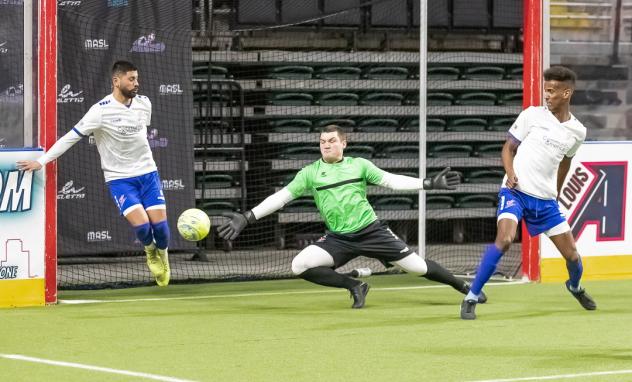 Saint Charles, Missouri – Last-minute heroics were on full display at The Family Arena Friday night when the St. Louis Ambush notched a 5-4 overtime thriller over the Kansas City Comets.

St. Louis struck first in the eighth minute of the contest when Lucas Almeida took a shot that found the foot of Comets defender Ray Lee, who inadvertently tapped it into the goal. Just over a minute later, Kansas City knotted the scored on a goal from Christian Anderaos. The Comets took a 2-1 lead in the final minute of the period on a restart goal by Lee, who put the ball over the head of Ambush goalkeeper Paulo Nascimento.

Lee repeated his restart performance with another one, this time into the upper corner of the goal, in the fourteenth minute of the second quarter, to make it a 3-1 game. With one second remaining, Anderaos nailed his second of the match to close out the first half with the visitors on top 4-1.

The first tally of the second half came from the Ambush when Christian Briggs got a low shot by Comets goalkeeper Steven Tekesky in the fifth minute of the third quarter to close the gap to 4-2. St. Louis scored again when Robert Kristo outmaneuvered two Comets defenders then put the ball in the net in the seventh minute. The remainder of the period remained scoreless, giving the visitors a 4-3 lead heading into the final frame.

The fourth quarter was a scoreless affair until the very last second, when Robert Kristo sent the home crowd into a frenzy when he found the back of the net with .9 on the clock, sending the duel into overtime.

The extra period lasted just over two minutes until Duduca Carvalho put an absolute rocket in the net to secure the 5-4 win for St. Louis.

Next for the Ambush is a trip south of the border when to clash with the Chihuahua Savage Friday, January 27, then the Monterrey Flash Sunday, January 29. All Ambush games are available for webcast at twitch.com.

Tickets for all Ambush home games are available from the Family Arena box office and ticketmaster.com. For season or group tickets, call the Ambush office at 636-477-6363. Fans can stay current on all Ambush news by visiting the team’s official website, stlambush.com and on social media outlets.

• Discuss this story on the Major Arena…