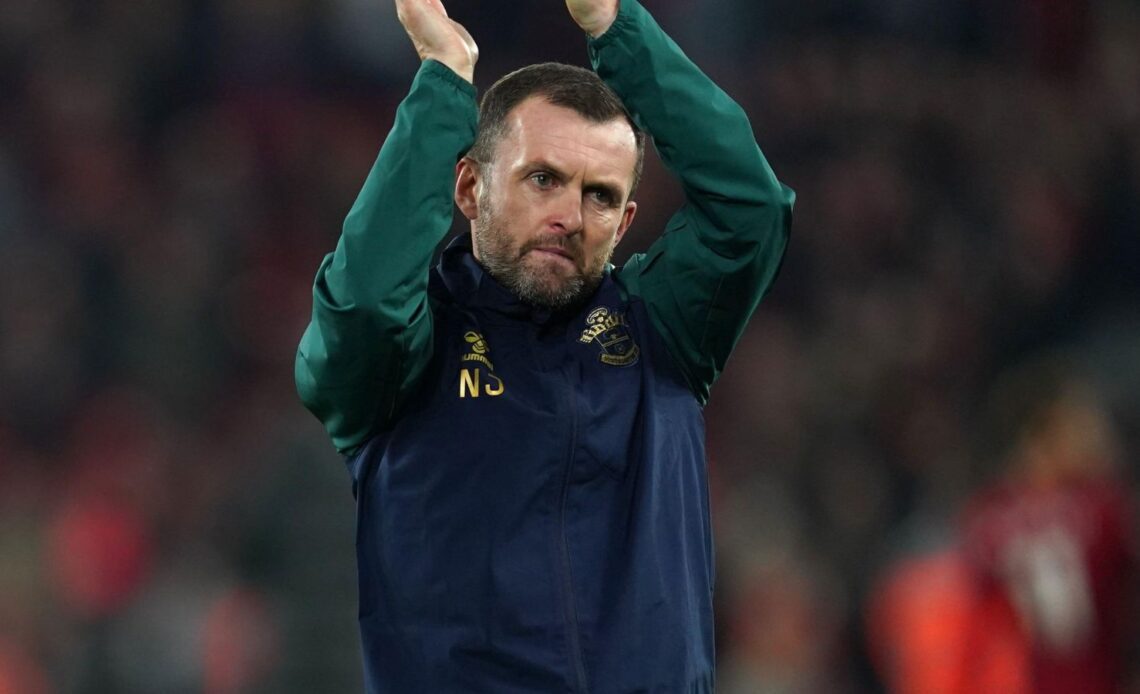 Nathan Jones has urged his Southampton players to get their “head above water” in the fight to remain in the Premier League this season.

This was a third straight victory for Southampton as they were coming off cup successes against Crystal Palace and Man City.

While Saints remain bottom of the Premier League table, they are now just a point from safety.

The visit of Aston Villa on Saturday is the start of three successive home games, with Newcastle in the first leg of the Carabao Cup semi-final next week ahead of an FA Cup fourth-round clash with Blackpool.

Fellow strugglers West Ham are hosting Everton this weekend, which could again see another twist in the battle for survival and Jones wants his side completely focused on their own next target.

“That is the first psychological barrier really, just to get above the line, and that is what we want to do,” Jones said.

“We would have liked to have done it by now, but it gives us an opportunity this weekend against a very, very tough side, and that is probably our motivation now.

“We all know that, it is the first psychological barrier and then you can start to build.

“At the minute we are playing catch up, but we want to get past that and get our head above water.

“But we don’t get too low when we lose or too high when we win, we have to keep an equilibrium and that is what we have kept.

“It is a big couple of weeks coming up in terms of three competitions, but we are excited by that. It is a challenge we want to have.

“Yes the last three results have helped to galvanise everyone, helped to give everyone a little bit of a boost and for everyone to really believe in the work that we are doing inside and out.

“But we haven’t rested on our laurels this week, we have had a real hard week.”

Southampton could hand a first start to Charly Alcaraz after the Argentinian midfielder came off the bench to make his debut in the win at Everton last weekend, while Armel Bella-Kotchap and Stuart Armstrong continue to be assessed after their recent spell out.

Villa sold striker Danny Ings to West Ham on Friday, but Jones is not taking the challenge of Unai Emery’s men lightly.

Jones said: “Villa are a good side. They are very potent, have good pace and energy and are attack-minded.