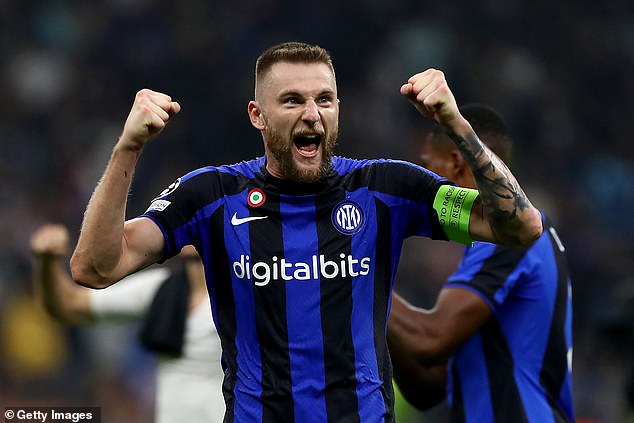 According to L’Equipe, the centre-back has given PSG a verbal agreement regarding a free transfer.

Skriniar’s Inter Milan contract is set to expire at the end of June, and he could join PSG thereafter.

The 27-year-old previously turned down Inter’s offer of a contract extension.

Last summer there was much interest in Skriniar, including from PSG, who made an offer of €55m (£48m), which was turned down. 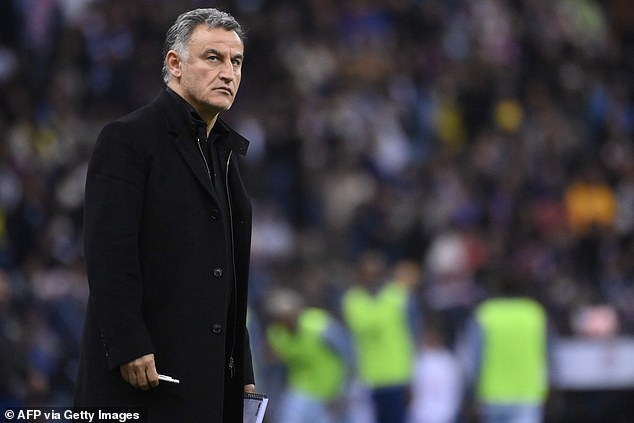 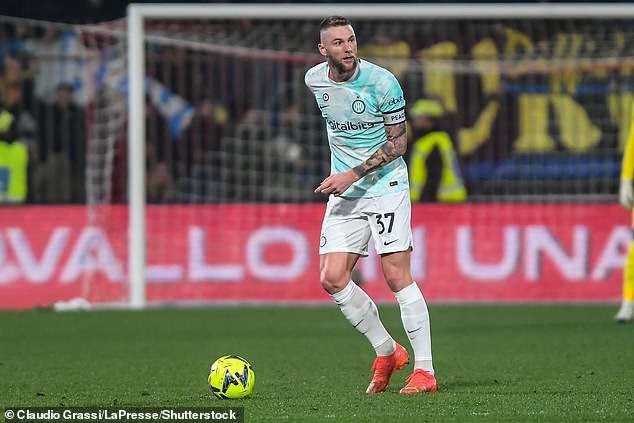 Inter have tried to keep Skriniar, but the centre-back rejected their offer of a new contract

It has been suggested that Skriniar could leave Inter this month, which would be the Italian club’s last chance to receive a fee for the Slovakia international.

PSG, who are managed by Christophe Galtier, could pay €15m (£13m) to buy out the final six months of Skriniar’s contract.

Having started his career at Zilina in his homeland, Skriniar joined Sampdoria in 2016 before heading to Inter the following year.

Skriniar has made 241 appearances so far during his time at Inter.

He has won the Serie A title and the Coppa Italia, as well as two Supercoppa Italianas, with the most recent of the successes in the latter competition coming in a 2-0 win against AC Milan this week.