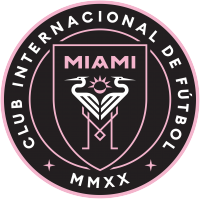 The 15 groups are now set for the inaugural edition of the highly-anticipated Leagues Cup 2023, the official Concacaf competition where all 47 clubs – 18 from LIGA MX and 29 from MLS – will play in a World Cup-style tournament that will qualify three clubs for the 2024 Concacaf Champions League. The inaugural edition of Leagues Cup will take place July 21- August 19, 2023 and will see Inter Miami CF take on fellow MLS side Atlanta United and Liga MX team Cruz Azul in group South 3.

Fans interested in learning more about the inaugural edition of Leagues Cup can sign up here to be the first to receive more information, including when tickets will be made available to the public.

Atlanta United has been in MLS since 2017 and has enjoyed a successful first six years, winning the MLS Cup title in 2018 in the team’s second season in the league, while also clinching the U.S. Open Cup and Campeones Cup titles in 2019. Mexican side Cruz Azul, meanwhile, are one the winningest teams in Liga MX history, sitting fourth amongst the top title winners with nine.

As the 2022 MLS Cup champion, Los Angeles Football Club qualified directly into the Round of 32 of Leagues Cup 2023. LIGA MX champion Club de Fútbol Pachuca earned the bye as the LIGA MX champion with the most combined points accumulated across the Clausura and Apertura seasons in the 2022 calendar year.