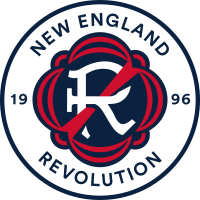 NEW YORK AND MEXICO CITY – The 15 groups are now set for the inaugural edition of the highly-anticipated Leagues Cup 2023, the official Concacaf competition where all 47 clubs – 18 from LIGA MX and 29 from MLS – will play in a World Cup-style tournament that will quality three clubs for the 2024 Concacaf Champions League. The New England Revolution will play Mexican side Club Atlético de San Luis and the New York Red Bulls in the group stage.

The inaugural edition of Leagues Cup will take place from July 21 – August 19, 2023, with every match available on MLS Season Pass on the Apple TV app, which is available on Apple devices, smart TVs, streaming devices from Roku, Amazon, and Google, game consoles, and the web atâ¯tv.apple.com. In addition, TelevisaUnivision, FOX Sports, TSN and RDS will be the linear broadcast home for select Leagues Cup matches. The Leagues Cup Final will be available on Univision in Spanish.

Beginning in 2023, MLS and LIGA MX will pause their respective league seasons each summer and all 47 first division clubs in Canada, Mexico and the United States will compete in Leagues Cup, an official Concacaf competition. The inaugural Leagues Cup will consist of 77 matches, kicking off on Friday, July 21, with the final taking place on Saturday, August 19. The tournament will be played across the U.S. and Canada. The champion, as well as the second and third-place finishers, will qualify for the Concacaf Champions League and have an opportunity to earn a spot in the FIFA Club World Cup.

Atlético de San Luis will make its first foray into continental competition this year after finishing 13th in the LIGA MX Apertura 2022. The Mexican side based in San Luis Potosí began play in 2013 and was promoted to LIGA MX in 2019. In the 2022 Clausura, San Luis finished 10th, its best finish at the top-flight level. After two matches in the Clausura 2023, San Luis sits second in the LIGA MX table with four points, defeating Necaxa and drawing Chivas de Guadalajara.