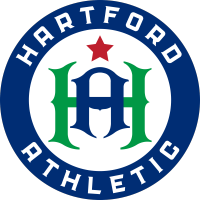 “Hartford Athletic is a great fit for me,” said Rad. “Coach Ramos is building a culture of winning and I want to help establish that here. His pedigree and international experience in this game are second to none and I look forward to learning from him and the rest of the technical staff this year.”

The 21 year old comes to Hartford Athletic in the midst of a bright professional career. Rad signed a homegrown contract with Sporting Kansas City in April of 2021, and made his MLS debut on May 1st during a regular season match against Real Salt Lake at just 19 years old. The defenseman put together a notable performance in his second MLS start, completing 92.3% of his passes in a 3-1 win over the San Jose Earthquakes.

“Kaveh is a young player, but already has experience at the highest level in this country,” said Head Coach Tab Ramos. “He is very good in the air. Additionally, he is a tough competitor with excellent technical quality who can find short passes in between lines to our central players or find our wingers on diagonal balls.”

The Durham, North Carolina native, moved to Kansas City in 2016 where he began his journey up through the club’s academy ranks. He signed an academy contract in 2018 while playing for Swope Park Rangers, the former Sporting Kansas City affiliate club. After making an appearance in 2018, Rad became a regular in 2019 for the Rangers and started all but two games for the USL Championship side in the pandemic shortened 2020 season. In 2021 on loan from the first team, he earned Team of the Week honors for a stellar performance in a 4-1 win over FC Tulsa in which he scored a goal, booted seven clearances, and made 14 recoveries.

“Kaveh is a good young player and his time spent at Sporting KC is extremely valuable,” said Technical Director Ray Reid. “He is eager to learn, places an emphasis on defending and adds to the center backs at Hartford Athletic. We are thrilled to have him in our locker room!”

Hartford Athletic has signed the following players for the 2023 season: