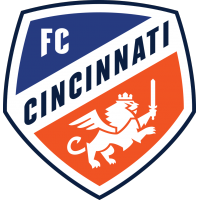 FC Cincinnati have signed former FC Cincinnati Academy goalkeeper Paul Walters as a Homegrown Player, the club announced today. The goalkeeper joins the club on a deal through the 2026 season with a club option for 2027.

Walters, 18, becomes the sixth former FCC Academy player in club history to sign a first team contract with the Orange and Blue, and the third this offseason.

“We are excited to sign Paul as we continue to focus on developing young talents,” said Chris Albright, FC Cincinnati General Manager. “From his time with our Academy, FC Cincinnati 2, and at Northwestern, he’s shown to be a smart, athletic goalkeeper with great potential. I’d like to welcome him back to Cincinnati as he begins his professional career.”

Walters rejoins the Orange and Blue following one season at Northwestern University where he made four starts for the Wildcats. Walters made his collegiate debut against Houston Baptist on September 12, a 2-1 win, and made a career-high six saves against Northern Illinois on October 12.

Walters joined the FC Cincinnati Academy in 2019 as part of the program’s inaugural class. He played for the U17 and U19 teams before committing to Northwestern. Walters also trained with and made one appearance for FC Cincinnati 2 in MLS NEXT Pro this past season in a 5-3 win against Orlando City B on May 29. Walters made five saves in the match.

“I’m excited to be back here at FC Cincinnati,” Walters said. “Starting out in the Academy through [Goalkeeper Coach] Dave Schureck I was able to learn a lot and improve my game. I’ve kept my love of soccer this whole time, it’s great to be back.”

Walters will be the fourth Homegrown Player on FC Cincinnati’s current active roster (Stiven Jimenez, Arquimides Ordoñez, Harrison Robledo) and is the sixth former FCC Academy product to have been signed to the first team (Beckham Sunderland, Malik Pinto).

TRANSACTION: FC Cincinnati sign goalkeeper Paul Walters as a Homegrown Player through the 2026 season with a club option for 2027.

2023 Season Tickets, which include all 17 regular season matches and both Leagues Cup Group Stage matches, are also on sale now at…