Everything you need to know about Noni Madueke 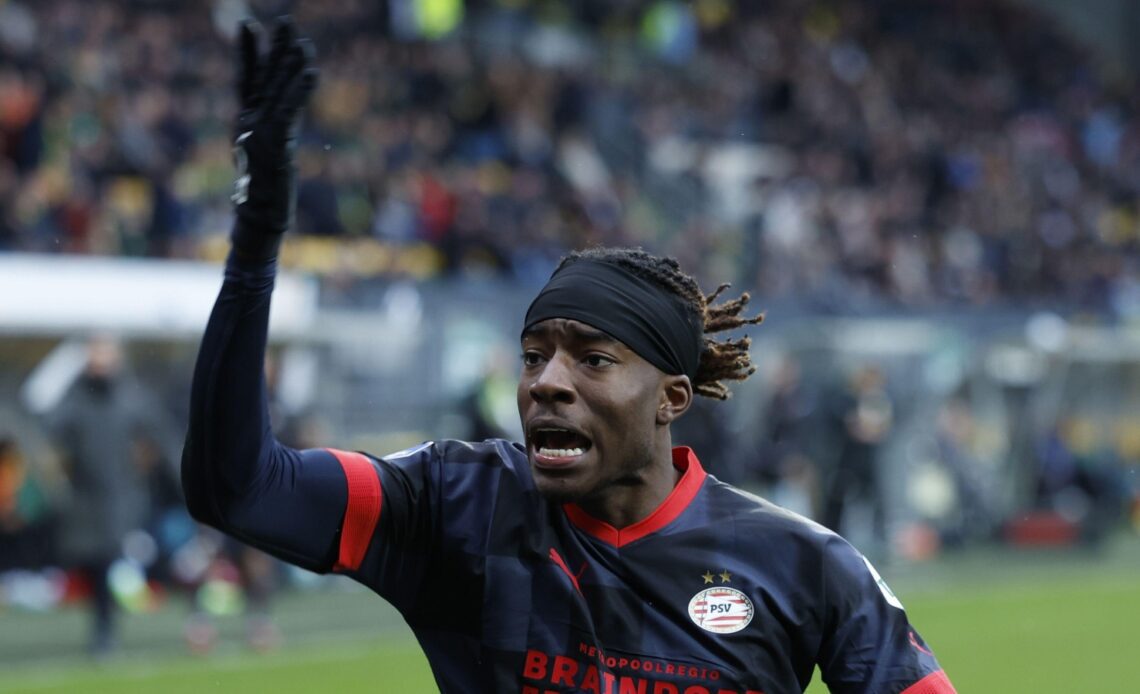 Noni Madueke has been tearing it up in the Eredivisie and is on the verge of joining Chelsea – but what do we know about the PSV Eindhoven winger?

With speed to burn and enviable creativity, it’s hardly surprising that he has caught the eye of one of England’s richest clubs.

His career so far

Madueke was born in Barnet, a London suburb, in March 2002. He is of Igbo descent – a group of people based largely in Nigeria and other West African countries.

He began his playing career at Tottenham Hotspur, where he captained their U16 side and made his debut for the U18s at the age of 15. However, Madueke considered the pathway to the first team in north London tough, despite being highly thought of by Mauricio Pochettino, and decided to leave the club to experience more senior football.

The winger signed for PSV Eindhoven in June 2018, rejecting an offer from Manchester United, and the 16-year-old relocated to the Netherlands with his mother.

After enjoying a breakthrough 2020-21 campaign, Madueke began last season in blistering form, scoring five times in seven games and also setting up another goal for PSV.

Considering the legendary Ruud van Nistelrooy has taken him under his wing and given him extensive lessons in finishing, this explosion of form was perhaps not surprising.

A host of scouts from Premier League clubs, including Leicester, Spurs, Manchester United and Wolves, watched the winger in PSV’s 2021 Champions League play-off as well as staff from European giants Bayern Munich and Juventus.

And, although his form tailed off somewhat, Madueke produced enough moments of class to keep some glamourous clubs on his tail.

Speaking about his future last month, Van Nistelrooy said: “I know of the interest in Noni. I’d rather not have that, but it’s not something I decide.

“The fact that there’s a lot of interest in him is of course due to his quality and his performances. But I do find it worrying. Because we’ve to see if we’re able to keep him, I hope so very much.

“We will certainly do everything we can [to keep him]. But you also know that things can change real quick if the interest heats up. As a club, you’ve got to be ready and have replacements lined up because if he leaves it would mean that we lose another player this winter.”

But Chelsea have made the plunge, committing £40million to secure the services of the…