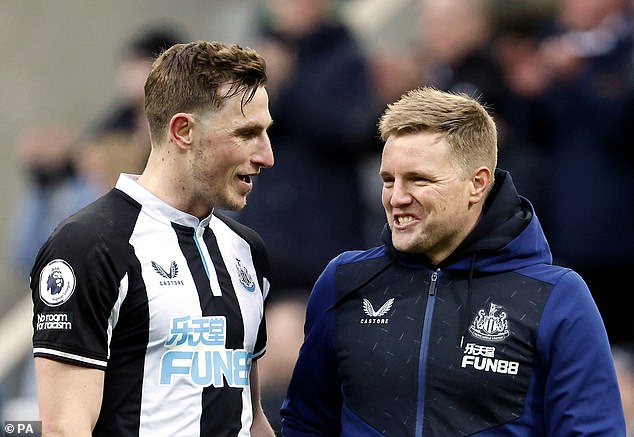 Eddie Howe warns Newcastle will be ‘dangerously short’ if they fail to replace Chris Wood after forward completes Nottingham Forest move, with Magpies targeting move for a younger striker before window closes

By Craig Hope for the Daily Mail

Eddie Howe has warned Newcastle’s hierarchy that his squad will be left ‘dangerously short’ if they fail to replace Chris Wood, who has joined Nottingham Forest on loan ahead of a £15million permanent deal.

The Magpies boss admits he had no intention of letting the 31-year-old go this month, before Forest presented a financial package that was too good for the club to turn down. It needs only a handful of games for the obligation to buy to become active and is not dependent on Forest staying up.

Newcastle paid £25m for Wood last January, triggering a release clause at Burnley, and the striker helped transform their season as the team climbed clear of the relegation zone. He remained an important squad member and had appeared in all but one match this season. 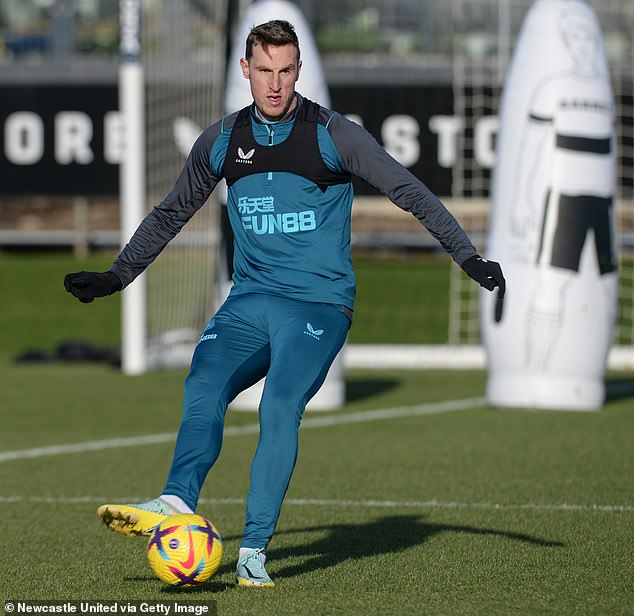 Howe has both Callum Wilson and Alexander Isak fit and available for the first time, but insists he wants to sign another forward before the end of the month.

‘Hopefully, we’re planning to replace him,’ said Howe. ‘Certainly, from my side, there was no thought of letting a player go and not replacing. I think that would leave us dangerously short of players. The last thing I want to do is leave ourselves light of players, because we are still in the Carabao Cup and have half a season to go.

‘But there is no guarantee with the short time we have left, and the very small pool of players available, that we will be able to make any signing. That is the difficult situation we now face.’ 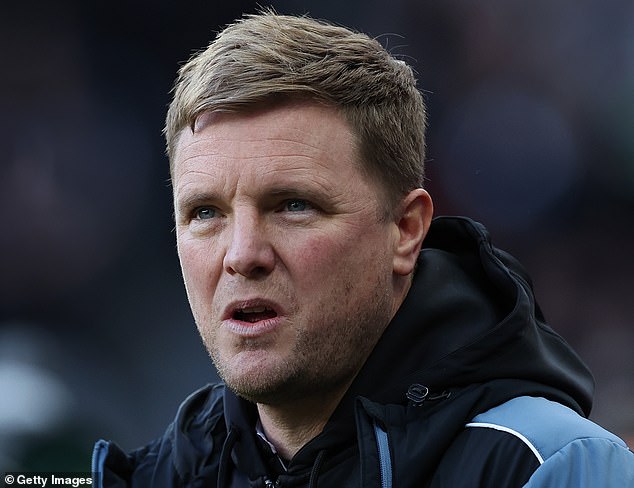 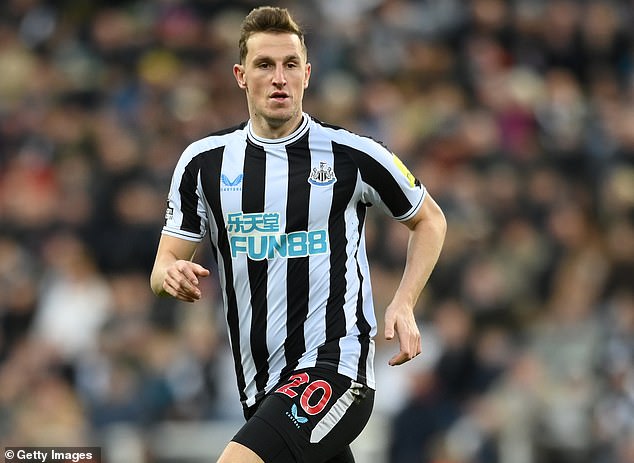 Wood had been an important squad player and appeared in…