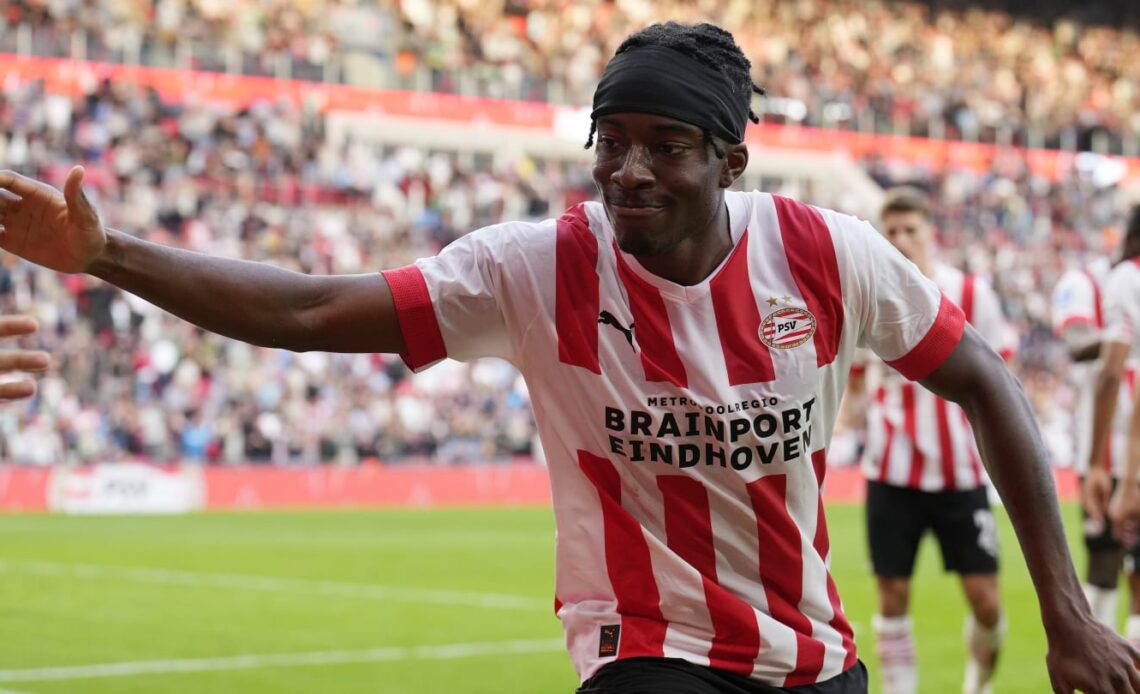 Chelsea have confirmed the signing of England Under-21 winger Noni Madueke from Eredivisie club PSV Eindhoven as a busy January transfer window continues.

Madueke was born in north London and started his football career in the academies at Crystal Palace and Tottenham, before joining PSV at the age of 16. It was reported at the time that he had turned down offers of professional contracts at both Spurs and Manchester United.

The player has signed a seven and a half year contract at Stamford Bridge until 2030, with the option of an extra 12 months until 2031.

Madueke was 17 when he made his first-team debut for PSV in January 2020 and had been an important first-team for the club since the start of the 2020/21 season.

Madueke represents another example of Chelsea’s long-term plan dubbed ‘Vision 2030’, which has seen the club actively target young players it is hoped will develop into future stars.

Listen now to Son of Chelsea, part of the 90min podcast network, as Daniel Childs reacts to Chelsea’s potential clear-out of unwanted players, a new contract for Levi Colwill, more info on Mykhailo Mudryk’s transfer and midfield January plans. If you can’t see this embed, click here to listen to the podcast!