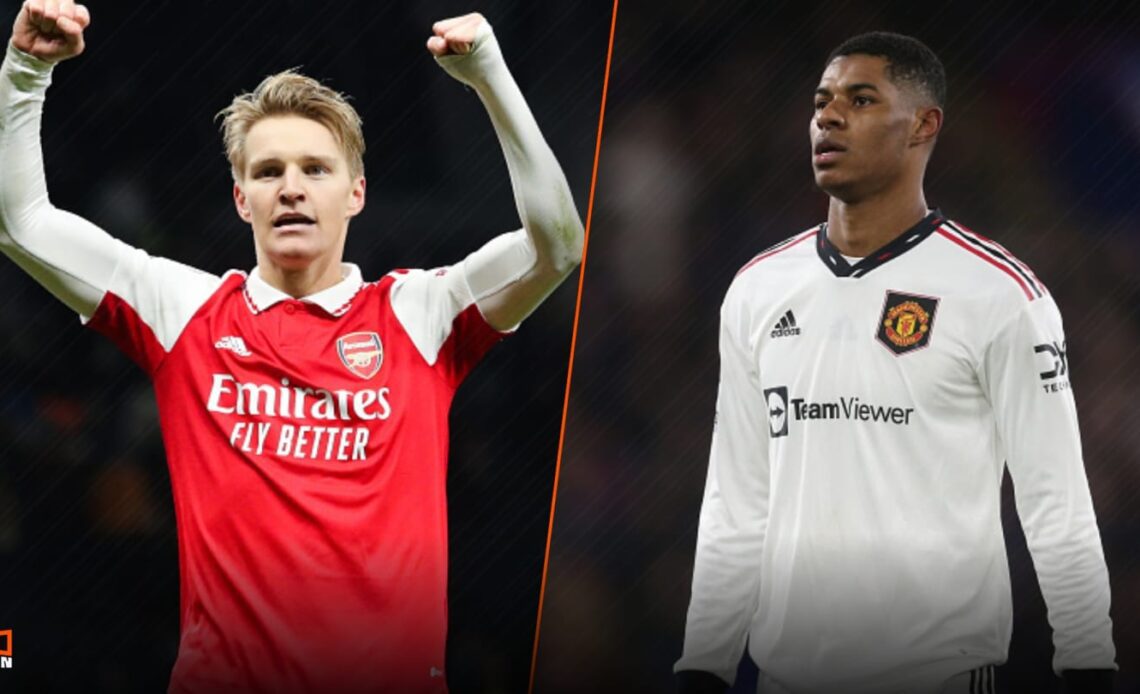 The two sides have each taken 16 points from their last six games, though it’s the Gunners who hold the mental edge as they sit five points clear at the top of the table. However, victory for the Red Devils could blow the title race open again.

Ahead of the high stakes clash between two historic clubs, here’s all the pre-match information you need.

Arsenal boss Mikel Arteta may well elect to stick with the starting XI that eased to a 2-0 win at Tottenham in their most recent outing.

The Gunners have now kept three clean sheets in a row in all competitions and centre back partnership Gabriel and William Saliba will be tasked with keeping out what has been an impressive Man Utd attack in recent weeks.

Fringe player Mohamed Elneny will be assessed after missing the north London derby with a knee problem, while Arsenal are yet to announce imminent new signing Leandro Trossard – he could feature if registration papers were submitted by 12:00pm on Friday.

On this edition of The Chronicles of a Gooner, part of the 90min podcast network, Harry Symeou discusses Arsenal’s imminent signing of Brighton winger Leandro Trossard.

Casemiro will not play on Sunday after being booked for the fifth time in the league this season, picking up a one-game suspension. He is likely to be replaced in Man Utd‘s central midfield by Fred.

Wout Weghorst started against Palace where Anthony Martial was again sidelined by injury, while Jadon Sancho was seen training at Carrington on Thursday, having not played since October. Diogo Dalot is doubtful, while Axel Tuanzebe and Donny van de Beek are long-term absentees.

If you can’t see this embed, click here to listen to the…