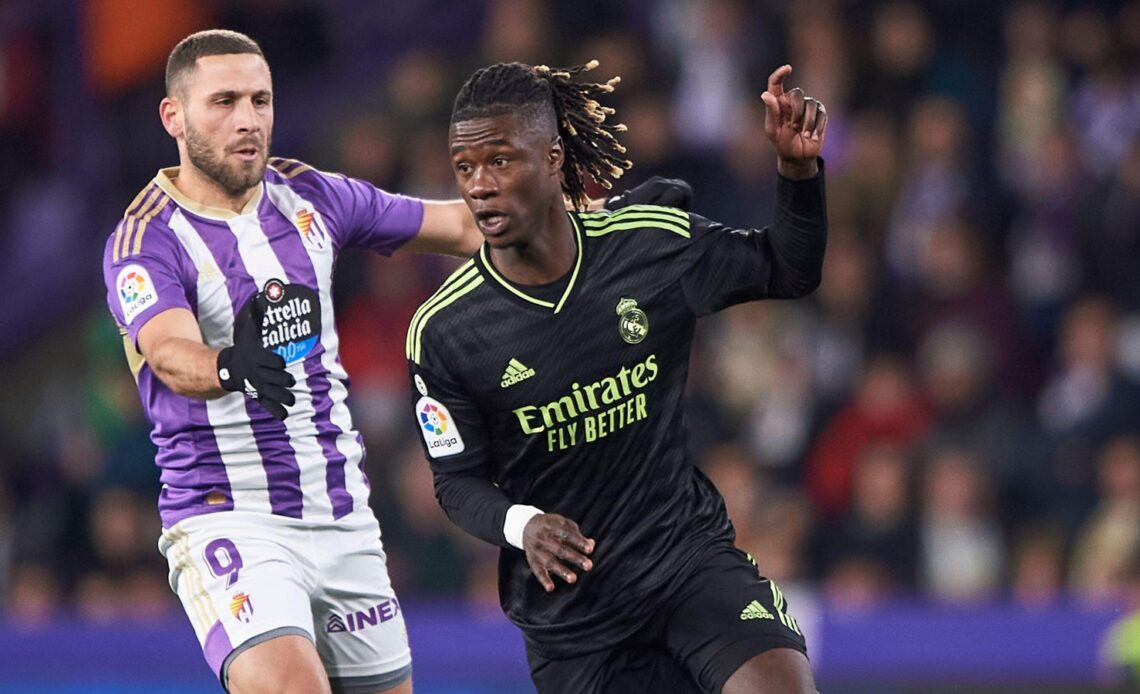 Arsenal are reportedly planning to make a ‘shock loan bid’ to sign Eduardo Camavinga on a temporary basis from Real Madrid until the summer.

The Gunners really are not f***ing about this month.

Ahead of the January transfer window, Mykhaylo Mudryk was considered to be Arsenal’s priority signing. But after having a couple of bids rejected, Chelsea beat them to the signing in a deal that could eventually cost the London club around £88m.

Arsenal have acted expertly in the transfer market in recent times and they have moved quickly to acquire other targets. The £27m signing of Leandro Trossard was confirmed on Friday afternoon following initial interest from Tottenham Hotspur.

They are also in the process of finalising a deal to sign Spezia defender Jakub Kiwio for just over £20m.

Mikel Arteta’s side are bolstering their squad in an attempt to boost their hopes of winning the Premier League this season.

They are still short in centre-midfield but The Evening Standard are reporting that they are considering bringing Camavinga in on loan until the summer.

Real Madrid paid around £34m to sign the 20-year-old from Rennes in 2021 and he is regarded as one of the brightest young prospects in European football.

The France international has been in and out of the team this season though as he has only started six times in La Liga.

Madrid boss Carlo Ancelotti recently leapt to the defence of Camavinga as he insisted that he “really believes” in the starlet.

“The substitution against Valencia was a technical one. He played well, but I changed him so as not to risk playing with 10 players.

“He played well against Barcelona, but I switched him because I wanted to bring more players on up front.

“I really believe in him. Admittedly, I’ve taken him off a number of times at the end of the first half and I haven’t always been fair to him in this respect, but I have complete confidence in him and he’ll contribute to the team tomorrow just as he always does.”

Arsenal have seemingly seen Camavinga’s lack of appearances as a potential transfer opportunity as they are ‘interested in a surprise loan deal’.

The club’s owners are ‘ready to back’ Arteta and Camavinga has been identified as an option.

It is noted that it is ‘unclear whether Real Madrid would sanction a move’ but it is highlighted that he has ‘struggled for minutes’ this season.