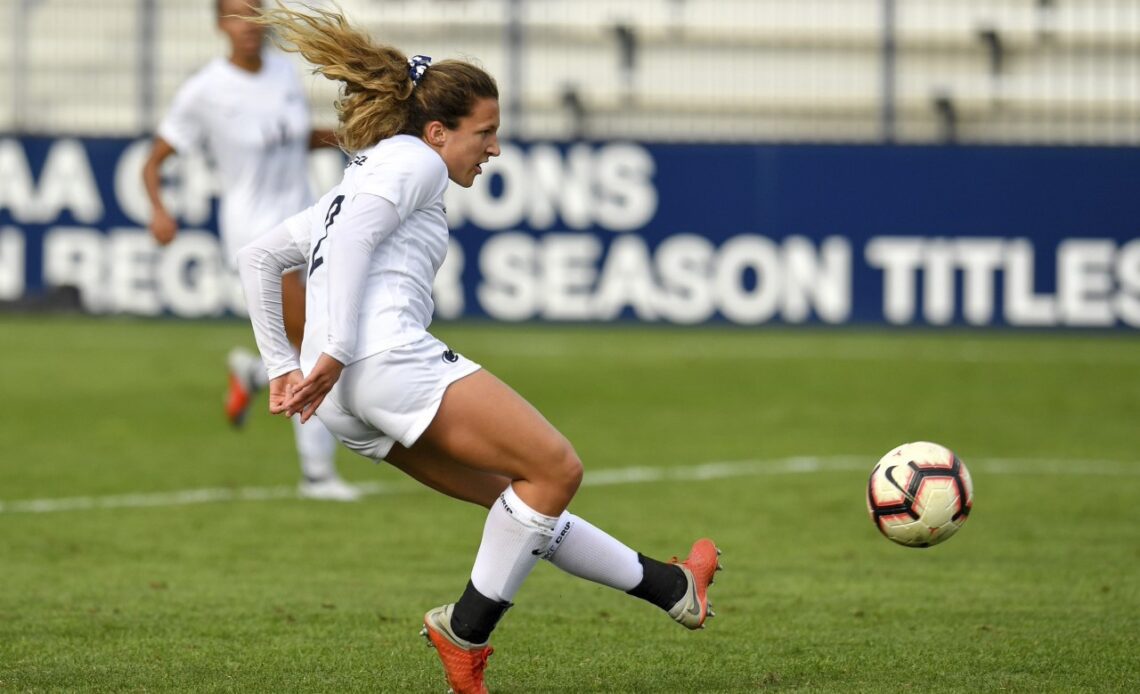 
UNIVERSITY PARK — Alumna Kerry Abello has never been afraid to chase her dreams.

Abello, a current defender for the Orlando Pride of the NWSL, is dedicated to making an impact on the field in soccer and off the field in science.

Throughout her five years in Happy Valley, Abello blossomed into a multi-passionate individual dedicated to pursuing the things she felt called to in life.

Abello credits Penn State as a place that helped shape her in a multitude of different ways and prepared her to take on the world.

From a rookie bench warmer to an elite talent and team captain, Abello’s time on the Penn State women’s soccer team was instrumental to the team winning two Big Ten Championships and two Big Ten Tournament Championships, and was a testament to her willingness to put in the extra work to reach the next level.

“I grew tremendously here as a soccer player,” Abello said. “I went from my freshman year kind of getting barely any time to go on to help the team win some big championships and earn a few awards along the way.”

Off the field, Abello was equally committed to balancing her academics.

A two-time CoSIDA Women’s Soccer Academic All-American of the Year honoree, a member of the Schreyer Honors College, and a pre-medicine and Spanish major, Abello’s support at Penn State allowed her to pour her heart into both her passions equally.

“My experience at Penn State was really fulfilling academically,” Abello said. “I’m very into school, and my professors and coaches at Penn State made it possible for me to pursue all of the academic pursuits that I wanted to.”

However, what Abello describes as the most fulfilling part of her time in State College, was the person she became throughout her journey.

“My friends on the soccer team, the coaching staff, and my teammates helped me grow so much into the person that I am now,” Abello said. “They helped me grow into myself, build my confidence and helped me learn how to use my voice and discover who I am.”

From hoisting a trophy on Jeffrey Field to long hours spent dedicating herself to her scholarly interests, Abello’s time at Penn State was filled with a harmonious balance of learning and leading.

After a fulfilling collegiate and academic career, her dream of becoming a professional soccer player would come…