6 things to look out for 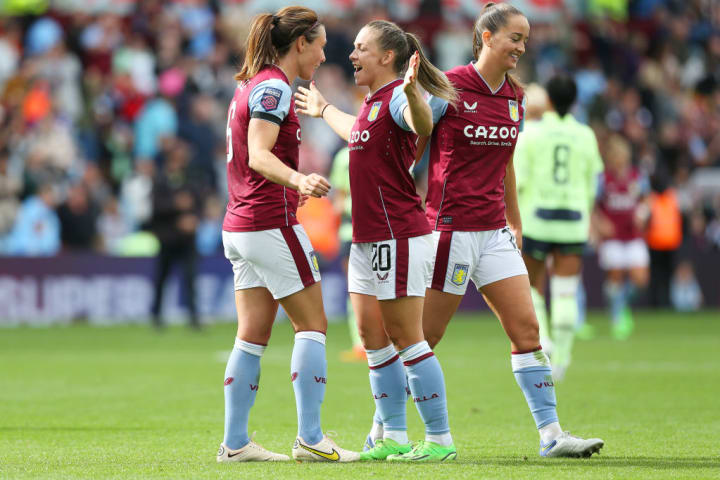 We’ve reached the halfway mark in the WSL, with the title race and Champions League battle shaping up nicely, while last weekend’s results mean we might even have a relegation scrap on our hands.

But can this weekend live up to drama of the opening day?

Here’s everything to look out for in gameweek 11 of the WSL.

Aston Villa and Manchester City played out one of the games of the season when they met at Villa Park on the opening day of the 2022/23 campaign, with a formerly goal-shy Villa reaping the benefits of new attacking recruits Rachel Daly, Kirsty Hanson and Kenza Dali as they ran out 4-3 winners.

Carla Ward’s side had led 2-0 and then trailed 3-2 in a breathless encounter, before goals from Dali and Daly secured a surprise three points for Villa – their first ever WSL victory over one of the league’s ‘big four’.

“That day I was emotionally drained on 90 minutes,” said Ward. “It was an unbelievable game of football that I’ve watched back a few times. I think [Saturday] will be very different. Manchester City have progressed massively, as have we.”

Liverpool stunned reigning champions Chelsea on the opening day of the campaign, with a pair of Katie Stengel penalties seeing the newly promoted Reds to a shock 2-1 victory.

The pair have experienced differing fortunes since, with Chelsea winning nine from 10 and Liverpool winning just one from eight. Chelsea have never lost at home in the WSL to a newly promoted side, with the only top flight newbies to take points off the Blues at Kingsmeadow being West Ham in 2018 – a side managed by Liverpool boss Matt Beard.

“We just need to respond after Sunday (losing 6-0 to Manchester United),” said Beard. “Chelsea have gone on a good run, had a great Champions League campaign as well. We’ve played them once, we’ve beaten them once, so we can take confidence from that day. But we need to make sure we give a good…