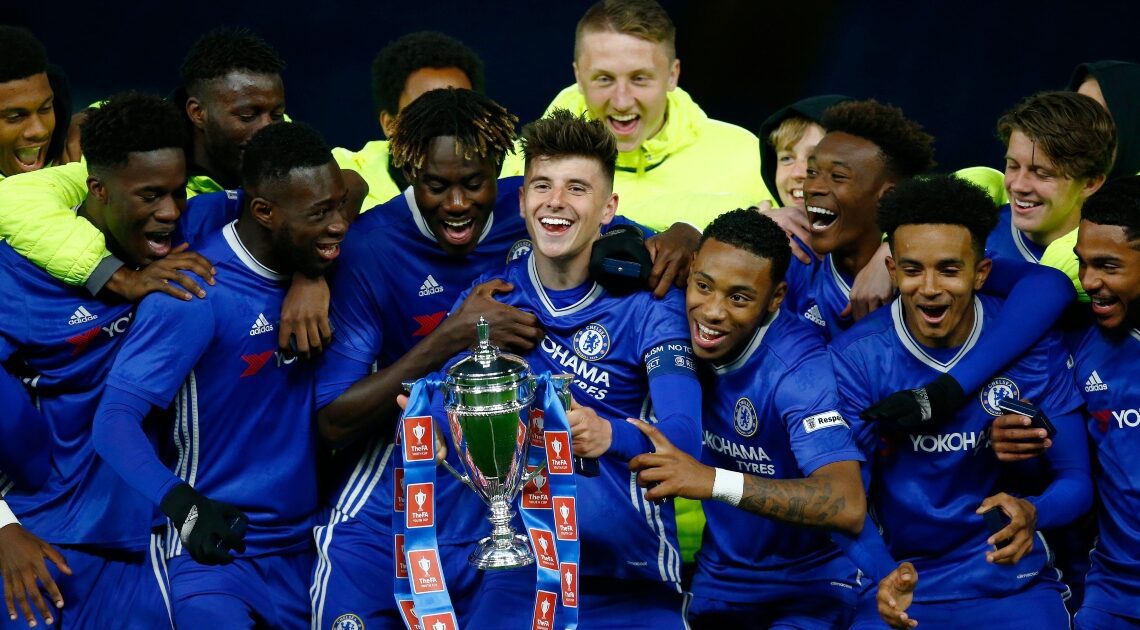 Chelsea are renowned for producing brilliant players in their academy – but what happened to the team that won the 2017 FA Youth Cup?

After drawing 1-1 in the first leg of the final against Manchester City, they secured the Youth Cup for the fourth year in a row with a 5-1 win at Stamford Bridge.

We’ve taken a look at the Chelsea Xl from that second leg to see how they’ve all fared over the last five years.

The goalkeeper has since got some first-team experience with three solid loan spells at Stevenage, Gillingham and MK Dons.

He’s still behind Edouard Mendy, Kepa Arrizabalaga and Marcus Bettinelli in the Chelsea pecking order and is spending the 2022-23 season back at MK Dons.

Here’s one you might have heard of. James spent 2018-19 on loan at Wigan Atheltic and has since established himself as a regular in Chelsea’s first team.

The defender played a key role in their Champions League win in 2020-21 when he produced a brilliant performance in the final against (ironically) Manchester City.

He is regarded as one of the best full-backs in the Premier League and is also a regular in Gareth Southgate’s England squad, so it’s fair to say he’s done pretty well for himself.

1️⃣1️⃣ angles and it’s a BANGER in every one! 🎥🚀 @ReeceJames_24 pic.twitter.com/egBnqqYvMt

Chalobah is yet another example of the success of the Chelsea youth system and he has really broken onto the scene under Thomas Tuchel.

After loan spells to Ipswich, Huddersfield and Lorient, the 22-year-old scored against Crystal Palace on his Premier League debut in August 2021.

He finished the 2021-22 season with four goals in 30 appearances and is a regular in Graham Potter’s squad still. He seems to have finally found his place at Stamford Bridge.

Is it really any surprise Chelsea won 6-2 over two legs with this impressive backline?

Guehi made just two appearances for Chelsea’s first team but joined Crystal Palace in an £18 million deal in 2021 after impressing on loan at Swansea.

The youngster enjoyed a brilliant debut season at Palace and also made his senior England debut in March 2022. We wouldn’t be surprised if Chelsea are…