When can Mykhailo Mudryk make his Chelsea debut? 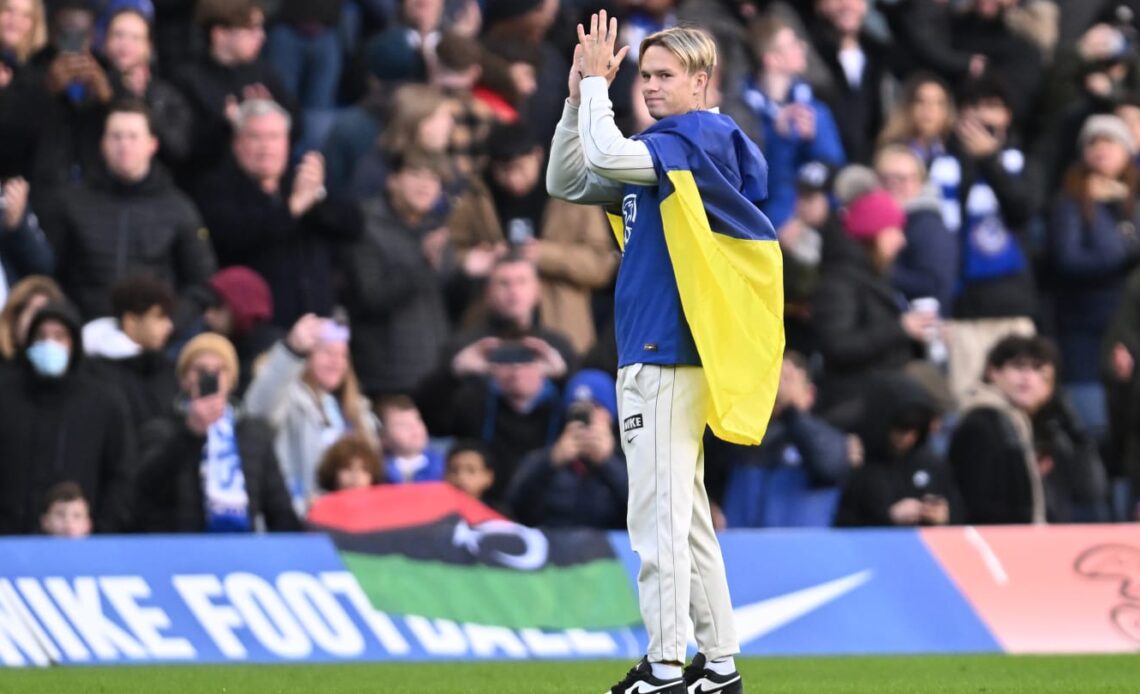 The Mykhailo Mudryk transfer is one that really grabbed the public’s attention and there will be intense scrutiny of the youngster every time he takes the field.

Seemingly destined for Arsenal, and sounding very happy about it, Mudryk ended up signing for London rivals Chelsea instead for an incredible fee of around £88m.

The Ukrainian attacker will have to work extremely hard to make the fee look like value for money, so when will he get the first chance to impress his new public?

The former Shakhtar Donetsk attacking midfielder was unveiled to the fans on Sunday before the 1-0 victory over Crystal Palace, but the signing was made too late for him to face the Eagles. He watched on from the stands, likely working out what he can bring to Chelsea that they are currently missing.

The 22-year-old is now enjoying his first week of training with Chelsea and that is why he is expected to be fit to face Liverpool at the weekend at Anfield. It may be slightly surprising if Graham Potter put him straight into the starting eleven, but it cannot be ruled out.

An appearance from the bench may be more realistic, but either way, Chelsea fans should get ready to see their potential new star on the pitch in Liverpool. There is a precedent for putting him straight into the starting lineup given Graham Potter put Joao Felix straight in against Fulham after he signed. That did end with a straight red card, though.

Christian Pulisic and Raheem Sterling are both out with injuries and with Felix serving his suspension, Potter could be left with no choice but to throw Mudryk into the deep end.

Chelsea’s recent transfer business has been widely criticised as they appear to be going after anyone that a direct rival appears to be pursuing. It is hard to argue against that theory when it comes to the signing of Mudryk.

Arsenal had been working on the deal for months and most of the social media activity from the Ukrainian showed that he was very keen on signing for the north London side; he just needed the two clubs to agree on a fee. Considering Shakhtar lost many foreign players without receiving transfer fees after Russia invaded the country, they were never going to budge on their asking price for Mudryk.

In mid-January, Chelsea hijacked the deal by offering the same upfront payment as Arsenal, but offered £26.5m in add-ons which Arsenal were not prepared to match. Shakhtar president Rinat Akhmetov has confirmed £20m of the fee will go to Ukrainian soldiers fighting Russia,…