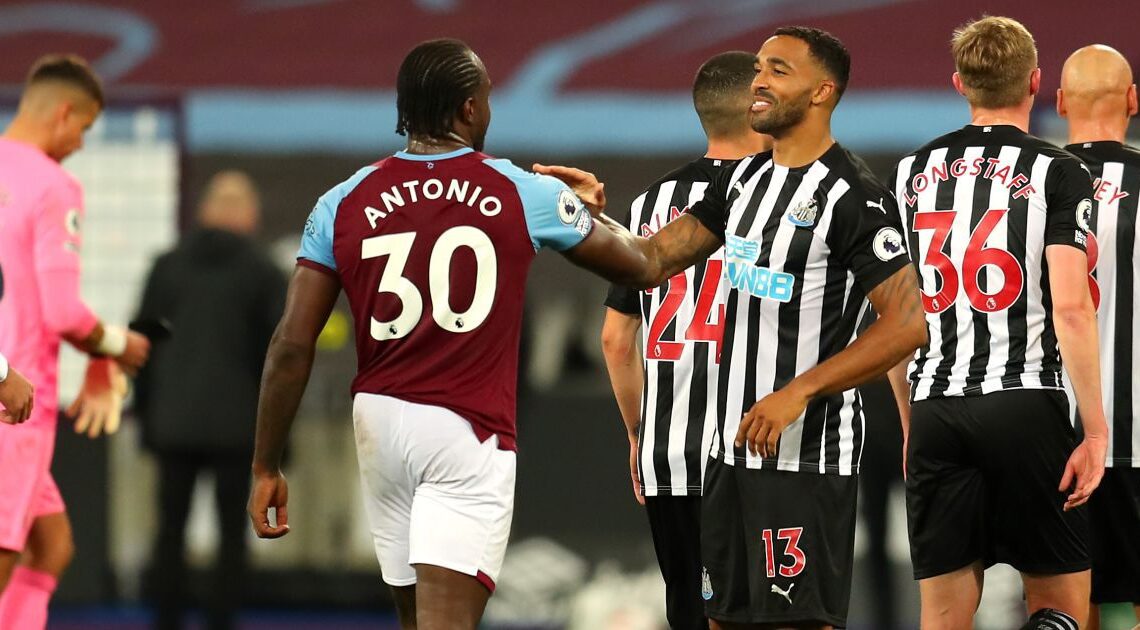 West Ham United may consider offers for centre-forward Michail Antonio if they sign two new strikers in this window, according to reports.

Danny Ings is close to completing a move to the Hammers from Aston Villa, while Lorient’s Terem Moffi has also been heavily linked with a switch to the London Stadium.

Antonio has also opened up on a potential departure this winter, with Chelsea recently attempting to sign him on loan and Everton also registering an interest in him.

Indeed, it seems almost certain that a deal for West Ham to sign Ings will be completed in the near future, with personal terms being the only obstacle after the clubs agreed on a £15m fee.

According to Sky Sports, the Hammers have also submitted a bid worth up to £25m for Lorient striker Moffi, who has been in terrific form this season.

So far, he has netted an outstanding 12 goals in 18 Ligue 1 outings, which puts him only one goal behind Paris Saint Germain superstar Kylian Mbappe.

West Ham are definitely in need of quality reinforcements this winter, after enduring a terrible start to the 2022/23 campaign.

David Moyes’ side have won just four of their 19 opening league games this season and currently find themselves in the relegation zone.

If the Hammers do sign the two forwards in the upcoming days, it seems likely that Antonio will be surplus to requirements for Moyes, who, incidentally, could be on the brink of leaving the East London outfit himself.

“Right now, I’m at West Ham and I have to pay attention to that. If something changes, it changes.

“We’ve got a striker in and are maybe looking at other strikers because, right now, we’re not doing it”.

As mentioned, Chelsea reportedly had a surprise loan bid to sign Antonio rejected earlier this month, but now Everton are also plotting a move for the striker.

This is according to talkSPORT, who claim that the Toffees are weighing up making a bid for Antonio, who is valued at approximately £9m.

Everton, like West Ham, currently find themselves in yet another relegation battle after picking up just 15 points from a possible 57 this season.

Dominic Calvert-Lewin has once again struggled with injuries and inconsistent form, while summer signing Neal Maupay has netted just once in 13 league appearances.

With that in mind, an under pressure Frank Lampard is desperate to…