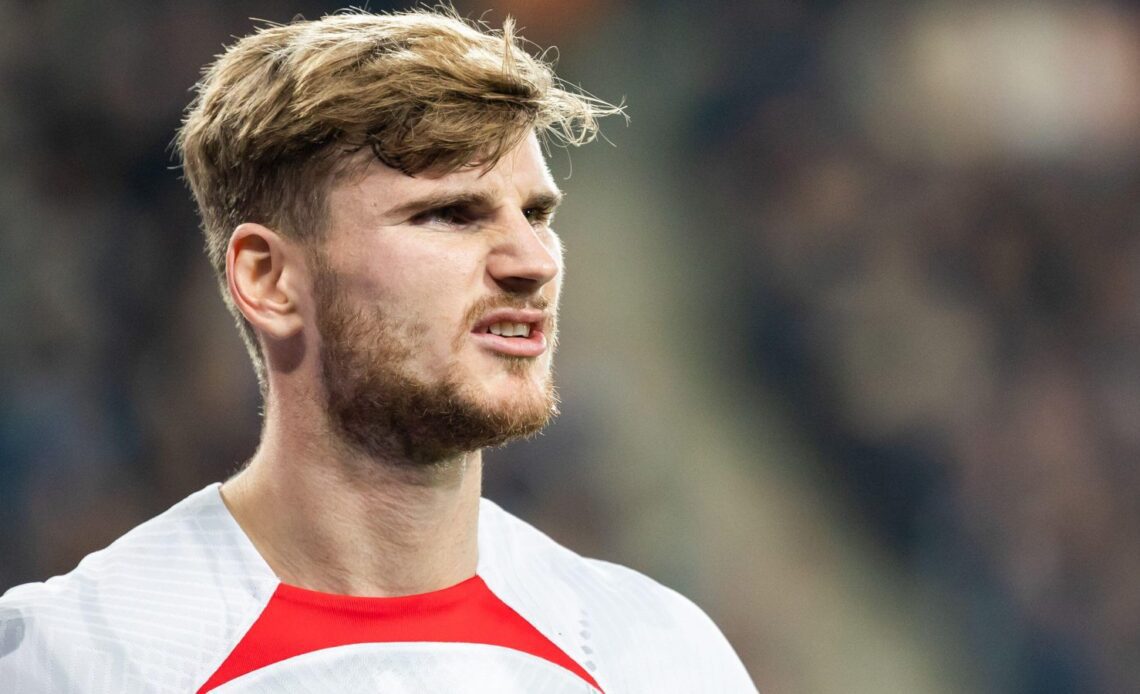 RB Leipzig striker Timo Werner has warned team-mate Christopher Nkunku that he will face “more competition” when he goes to Chelsea in the summer.

There is an agreement in place for Chelsea to sign Nkunku in the summer transfer window with the France international scoring 52 goals in his last 75 matches for Leipzig.

And transfer expert Fabrizio Romano added on Monday: “Can confirm again that Nkunku deal is 100% signed. He’s Chelsea player as revealed in December, no doubts – will join in July.”

Werner, who won the Champions League at Chelsea, only lasted two seasons at Stamford Bridge with the Germany international heading back to Leipzig in the summer after scoring just ten Premier League goals.

On where Nkunku could learn from his struggles at Chelsea, Werner told BILD: “Everyone has to make their own experiences. I had a very good first year, the second was so-so.

“I can tell him about positive and negative experiences should he change. At a club like this, you don’t play like you do at RB Leipzig because there’s more competition – not just on a sporting level, but also on a different level, mentally.

“You have to deal with that and everyone has to find their own way. That’s why it’s the wrong approach to give tips to others. Time has changed me a lot.”

On why he doesn’t have any regrets over his move to Chelsea with Bayern Munich also interested at the time, Werner added: “I believe that the path you take is always the right one in the end.

“Up until now, I would have had two coaches at Bayern who would have been very good for me: Hansi Flick, with whom I get on well, and Julian Nagelsmann, my former RB coach.

“But I think it’s a good idea not to regret it. Don’t misjudge the time either, after all I won the Champions League at Chelsea! And privately I’ve met a lot of great people and made friends.

“In the end, I wasn’t part of the coach’s plan anymore. You have to accept that and find a way to deal with it.

“It made me more mature, more reflective. And made me want to go abroad again at the end of my career.

“I still get a lot of letters from Chelsea fans or am addressed on vacation – almost always positively. I think they liked that I was authentic. I think it’s important that you can be who you are in football too. And you don’t always have to…