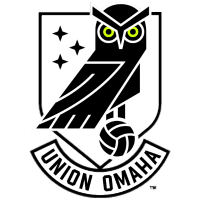 PAPILLION, Neb. – Union Omaha announced today the additions of Kevin Nuss and LaduleLoSarah to the technical staff ahead of the 2023 USL League One season.

Kevin Nuss joins the Owls as assistant coach and head of scouting off the back of three years college coaching, most recently at Indian Hills Community College in Iowa where he led the Warriors to the NJCAA Region XI Semifinals in 2021. Previously, Nuss also served with the Ocean City Nor’easters of USL League Two in a variety of roles, including head coach and sporting director in 2019. His tenure with the club began in 2011 as an assistant coach before being named associate head coach in 2014 and general manager from 2014-2016. Nuss also brings assistant coaching experience at Division 1 programs Brown University and St. Joseph’s University.

Ladule LoSarah comes to Omaha after six years of coaching experience at the college and club level. He began his coaching career leading the U-17 academy team at FC International Leipzig in Germany in 2015 before returning to the United States to coach at Division 3 members Pomona-Pitzer and Illinois Wesleyan. In his first year with the Titans, LoSarah led the team to school record-tying 42 goals. He went on to coach as an assistant at Texas A&M International and, most recently, University of California-Riverside, where he helped the Highlanders to its second Big West Conference Title and second NCAA Tournament appearance in school history.

“I’m delighted to add both Ladule and Kevin to my staff this season,” Union Omaha Head Coach Dominic Casciato said. “Although the spotlight will inevitably shine more on the players we bring in this off-season, these guys are two of our most important signings. Both will be pivotal in creating the winning culture we are looking to build, and they’ll help us develop and maintain high standards on a daily basis.

“Ladule and I were classmates on both our USSF and UEFA A License courses, and his expertise in the physiological side of the game will be a huge asset over the course of the season. Kevin and I have known one another for over ten years, and his history of identifying and recruiting talented young players to compete for a top League Two franchise at Ocean City is second to none.”

Single-match tickets and season ticket memberships for the 2023 season are currently available via UnionOmaha.com or through the Werner Park Ticket Office by…