Tropics Travel to Milwaukee for Second in a Row against Wave 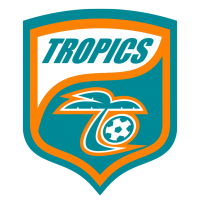 LAKELAND, Fla. – The Florida Tropics, presented by Bond Clinic, will look to turn the tables on the Milwaukee Wave Friday night as the two teams tangle for the second time in five days in a battle of the East Division leaders in the Major Arena Soccer League.

Kick off will be at 7:35 p.m. EST, with the game broadcast live on MASL TV on Twitch.

While Florida is 0-4 lifetime at home against Milwaukee, they are 2-4 when the Wave host, including a 10-9 win in the only matchup of the year last season on March 5. Kiel Williams scored with 1:37 to play to give the Tropics their only lead of the entire game.

Ian Bennett leads the Wave with 16 goals, and has scored a goal in a league-record 37 consecutive games. Victor Parreiras leads the Florida offense with 19 points on eight goals and 11 assists. Zach Reget leads the team in goals with 13, but saw his consecutive games goal scoring streak snapped at nine last weekend.

This is the first of five straight games on the road for the Tropics. They will be in Harrisburg on Jan. 28, Dallas Jan. 4, Kansas City on Feb. 10 and St. Louis Feb. 11 before returning home to host the Comets on Feb. 19. They will host the Tacoma Stars on Feb. 26.