Stars in Mexico to Face Savage and Flash 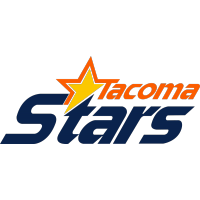 KENT, WA. – The Tacoma Stars (4-1-0) are in Mexico this weekend for a pair of games beginning Friday in Chihuahua against the Savage (5-0-1) and concluding on Sunday in Monterrey to battle the Flash (4-2-1).

The Stars bring a three-game winning streak and 2-0-0 road record with them to Corner Sport Arena to face the Savage in what has quickly become one of the toughest venues to play in as a visitor, Corner Sport Arena. Chihuahua is currently 1-0-1 at home on the black turf.

The Stars sit in fourth place in the competitive Western Division with 12 points after five games. They are just three points back of Chihuahua with one game in hand on the Savage. Mesquite leads the division by a point over San Diego and is six points in front of the Stars but has played three more games than Tacoma.

The Stars embark on their first multi-game road trip of the season fresh off a two-game home sweep of the Harrisburg Heat last weekend.

This will be a big test for the Stars facing three of the top goalkeepers in the MASL in Berna Valdovinos for Chihuahua, and Diego Reynoso plus Christian Hernandez in Monterrey. The Flash goalkeepers rank first and second in the league in save percentage.

Countering them will be the MASL all-time leader in games played and saves, Danny Waltman of course. Waltman was named the MASL Week 6 Defensive Player of the Week after stopping 28 shots in Tacoma’s road win in Kansas City.

Offensively, all three teams match up closely with Chihuahua averaging 8.0 goals per game and Tacoma close behind at 7.2. Each team has one player with 10+ point production this season.

Tacoma’s Nick Perera (6G-7A) leads with 13 points. The Chihuahua squad is led by Edgar González (8G-4A) and his 12 points with Luis Angel Mendoza (7G-4A) tops in Monterrey with 11 points.

There is a Stars watch party at Spud’s Pizza Parlor in Tacoma at 7025 Pacific Avenue.

The Stars return to the accesso ShoWare Center on Friday, January 27 2023 to kick off a pair of games with the Empire Strykers. Game time on Friday is 7:35 pm and 5:05 pm on Sunday.

Tickets to all Stars home games can be purchased at www.tacomastars.com/tickets.