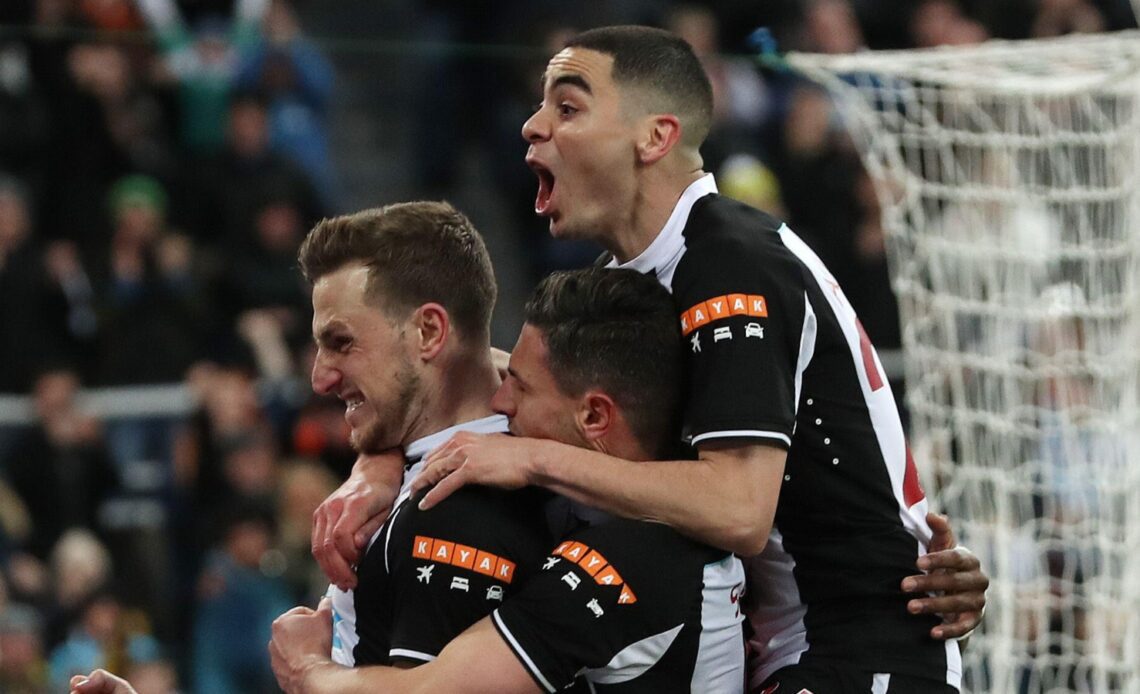 Newcastle United centre-forward Chris Wood is reported to be ‘really close’ to joining Nottingham Forest this month, according to a Sky Sports pundit.

The former Burnley man has been somewhat out of favour with Magpies’ boss Eddie Howe this season, after falling behind the likes of Callum Wilson and club-record signing Alexander Isak in the pecking order.

Indeed, this is a move that could be a win-win for both clubs, as despite Forest already making a borderline ridiculous 23 signings this season, some added firepower up front wouldn’t go amiss.

Speaking on the Sky Sports News Transfer Show, pundit Dharmesh Sheth claimed that a loan deal is now edging closer between Newcastle and Forest, in what could be a ‘clever deal’ for the Tynesiders.

Sheth said: “I’m told that this is really close to happening.

“This could be a clever deal for Newcastle as if he does well at Nottingham Forest, they might want that option to buy. If they don’t stay in the Premier League, but he still plays quite well, then his market value will still be quite high.

“If you remember, this time last year he signed a two-and-a-half year contract joining from Burnley.

“They spent £20-25m on him, so they would want to recoup some of that money back. They think this is the best way to do that,

“He has only started four Premier League games and Alexander Isak is back to compete with Callum Wilson up front.”

With quality forwards Isak and Wilson already at the club, the Magpies can afford to let Wood go to Forest for the rest of the campaign, in order to get some more regular game time.

This season, Wood has scored two goals in 18 league appearances for Newcastle but has started just four of those matches.

For Nottingham Forest, however, the Englishman could prove to be an important addition.

The Tricky Trees currently sit 13th in the Premier League table after picking up some decent results recently, but they could very easily slip back into a relegation battle if their form drops again.

Their top scorer so far this season is Brennan Johnson, who has scored six times in 23 appearances, while summer striker signing Taiwo Awoniyi has netted five in 19. Clearly, they could do with another quality attacking player.

Wood is certainly accustomed to relegation battles after being a key player for Burnley during his five-year stint at the club between 2017 and 2022.

Overall, in 165 appearances for the Clarets, Wood scored an impressive 53 goals and contributed…