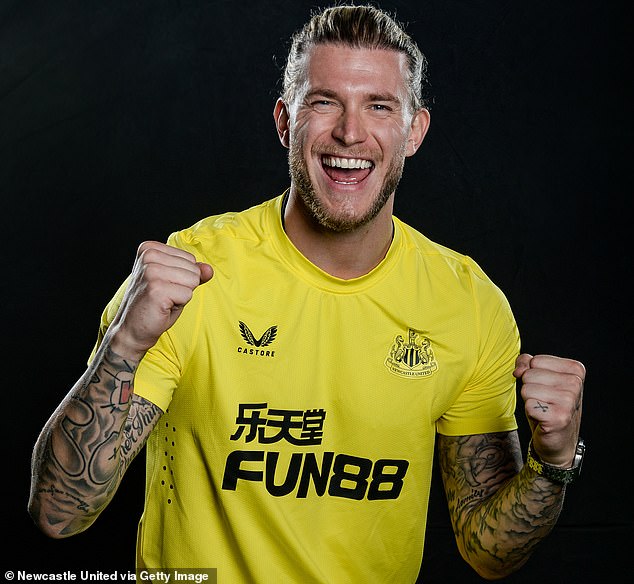 Newcastle confirm third-choice goalkeeper Loris Karius has signed a new deal until the end of the season, with Karl Darlow now expected to leave on loan this month

Newcastle have confirmed Loris Karius has extended his contract until the end of the season, which should allow fellow goalkeeper Karl Darlow to leave on loan this month.

Karius arrived on a short-term deal in September as additional cover for Eddie Howe‘s first choice goalkeeper Nick Pope, with Darlow recovering from an injury.

The German has yet to play a competitive game for the club and is now third choice, with Martin Dubravka having returned following a loan at Manchester United. 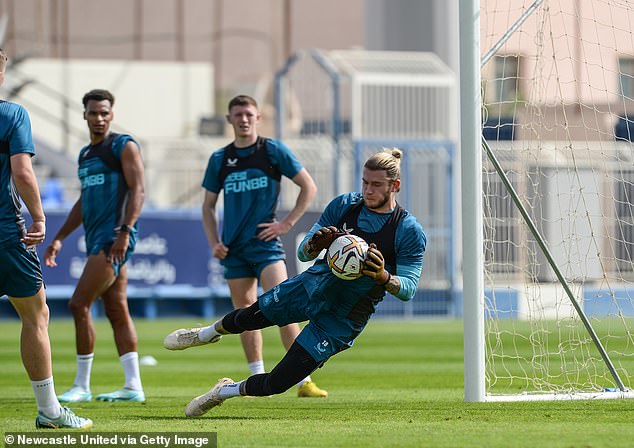 Talks over an extension to Karius’ deal have been ongoing this month, with an agreement now having been finalised for the 29-year-old to stay on Tynside.

The extension of the former Liverpool goalkeeper’s contract should free Darlow to move on loan at the end of the window.

Darlow has been told the Magpies will consider offers towards the end of the window and there is interest from several Championship clubs. 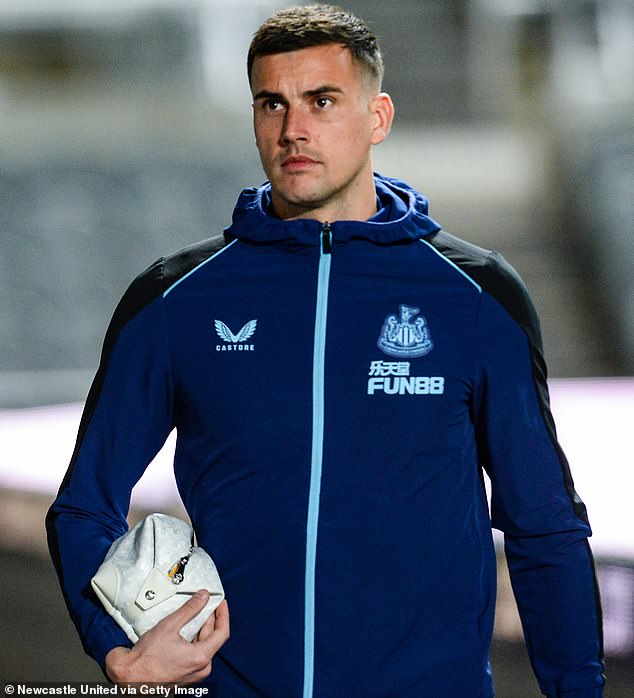 The 32-year-old will have to wait to see whether a move can be agreed.

With Dubravka having already played for Manchester United in the Carabao Cup, the Slovakian would be unable to feature for Newcastle in the upcoming semi-final against Southampton.

Karius would expect to be Newcastle’s back-up goalkeeper for the two-legged semi-final, with Pope starting in goal.

Newcastle’s involvement in competition, particular should they reach the final, could lead to Darlow being left to wait for a loan move to secure first team football.