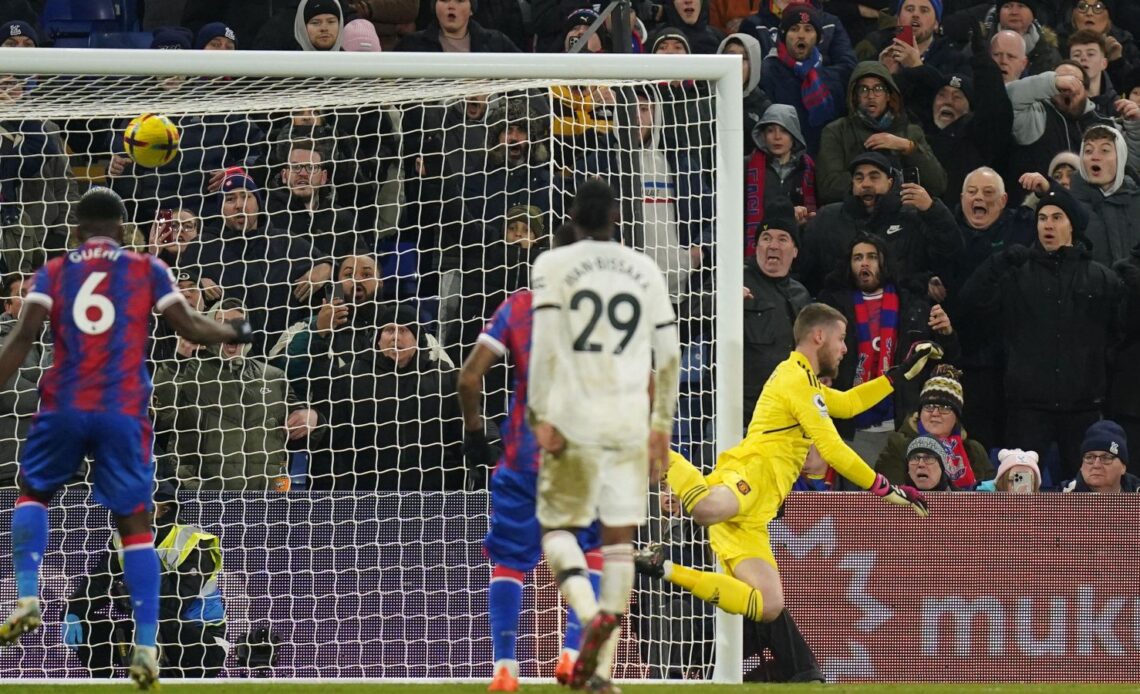 Gary Neville thinks the decision to not make a bigger wall for the last-gasp free-kick cost Man Utd all three points against Crystal Palace on Wednesday night.

The Red Devils looked to be on course to victory after Bruno Fernandes strike at the end of the first half had given them the lead – but Michael Olise’s brilliant free-kick with only moments to go gave Palace a share of the spoils.

The 1-1 draw means Man Utd leapfrogged Newcastle into third in the Premier League table but a victory would’ve seen them move second and close the gap on leaders Arsenal to six points.

And former Man Utd defender Neville reckons the Red Devils only have themselves to blame for making the wall for Olise’s free-kick “inviting”.

“Put the taker off! A massive wall with big players in makes it more difficult for the taker! That wall lacked presence and made it look inviting!”

However, fellow Sky Sports pundit Jamie Redknapp preferred to talk about the quality of the free-kick with the former Liverpool midfielder calling the free-kick from Olise a “stroke of genius”.

Redknapp said: “It was the best free-kick of the season.

“We’ve seen James Ward-Prowse, he has got a catalogue of these throughout the season and his career, but that is a stroke of genius.

“I just don’t understand why he has not celebrated. I scored a few free-kicks and my shirt was off, the lot. I was doing love bites, everything!

“That is as good as it gets and I’m sure deep down inside that he is buzzing, but what a free-kick and what a moment for them.

“I thought from a Palace point of view they produced a good performance for their manager and they needed it.”

Former Crystal Palace striker Glenn Murray, who was on Sky Sports with Redknapp was similarly impressed by the quality of the free-kick, calling it “absolutely sumptuous”.

Murray added: “I think it deserved a celebration at least, I think that was the most low-key moment of the whole game because this free-kick is absolutely sumptuous, it’s brilliant to get it up and over the wall and just kiss off the bar and in.

READ MORE: Sir Jim Ratcliffe might be the least bad option for Manchester United and their fans