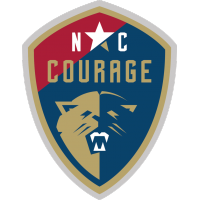 CARY, N.C. – The North Carolina Courage have agreed to terms with defender Ryan Williams on a three-year contract to keep the outside back with the club through the 2025 season. Williams, who was drafted 40th overall by the Courage in 2018, has spent her entire professional career with the club.

Williams had a breakout season in 2022, setting career-highs for games played (18), games started (10), minutes played (988) and assists (3). She also appeared in three Challenge Cup matches during the team’s title run. Williams has seen her role increase every season, with an uptick in both games and minutes played every year.

“I’m so excited to be staying with the Courage through 2025! The past five years have been an incredible experience and I feel so fortunate to get three more. For a professional, the training environment and playing experience in front of our incredible fans is as good as it gets. On the personal side, I absolutely love living and playing in Cary and with this group. I cannot wait to get back to North Carolina and get the season started,” said Williams.

“Re-signing Ryan was important to us after the season she had in 2022. Her commitment to both her personal development and this team have been tremendous to see and we are thrilled to have her back. She had some wonderful performances for us and look forward to seeing her continued growth in the upcoming season. She’s also a wonderful person to again have in our locker room,” said head coach Sean Nahas.

“Ryan is a perfect example of what can be accomplished with hard work and resilience. She was a fourth-round draft pick and a replacement player in her first season as a pro, but constantly impressed us with her work ethic and desire to get better. To see that effort come to fruition last season was an incredible feeling for everyone who has been part of the process from the beginning. We’re excited she will continue to grow here with us,” said Chief Soccer Officer Curt Johnson.

Williams was a four-year member of the TCU Horned Frog women’s soccer program, appearing in 80 matches across her career. The Centennial, Colorado native was a three-time Academic All-Big 12 selection and a first team All-Big 12 and All-Midwest Region selection as a senior in 2017.

The opinions expressed in this release are those of the…