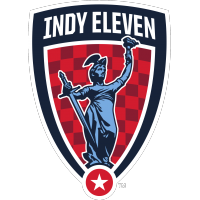 INDIANAPOLIS – Indy Eleven continued to make over its midfield in impressive fashion with today’s transfer acquisition of veteran playmaker Aodhan Quinn from Phoenix Rising FC. Per club policy, details of the deal that brings Quinn to the Circle City will not be released, and the contract will be finalized pending league and federation approval.

Quinn is quite simply one of the most productive players in USL Championship history, as he enters his tenth season on the circuit ranked on or near the league’s top ten career charts with 48 assists (3rd); 210 starts (3rd); 223 games played (11th); and 18,416 minutes played (4th) to go along with an impressive 45 goals (26th). When combined with his goal and four assists tallied during 11 USL Championship Playoffs appearances spread across six postseasons, Quinn’s resulting 51 overall assists place second in league annals, while his 220 starts (3rd); 19,415 minutes played (4th), and 234 games played (11th) also rank among the best in league history.

“I am ecstatic to be joining Indy Eleven and am ready to play in front of all the fans, especially the Brickyard Battalion,” said Quinn. “The club has made great signings this year while bringing back key players from last year. I’m excited to work with Coach [Mark] Lowry and his staff, and believe this club has everything it needs to be successful.”

The 30-year-old native of San Diego has accrued those stats across stints with some of the league’s top performing sides, including Orlando City SC (2014), Louisville City FC (2015-16), FC Cincinnati (2017), Orange County SC (2018-20), and Phoenix Rising FC (2021-22). Following a standout three seasons with the University of Akron Zips from 2011-13, Quinn was selected in the 2014 MLS SuperDraft by the Philadelphia Union, but ultimately began his professional career by signing with the then USL-outfit Orlando City.

“We are very happy to have Aodhan join our group,” said Lowry. “The midfield is such an important part to how we want to play in terms of controlling games, and that’s something that we didn’t do as well as we wanted last season. It is exciting to have Aodhan joining Cam Lindley and Jack Blake as new additions into the midfield, and we cannot wait to get them on the training pitch to start building our identity.”

Quinn joins the Boys in Blue on the heels of two solid seasons with Phoenix, where he contributed 15 goals, 18…