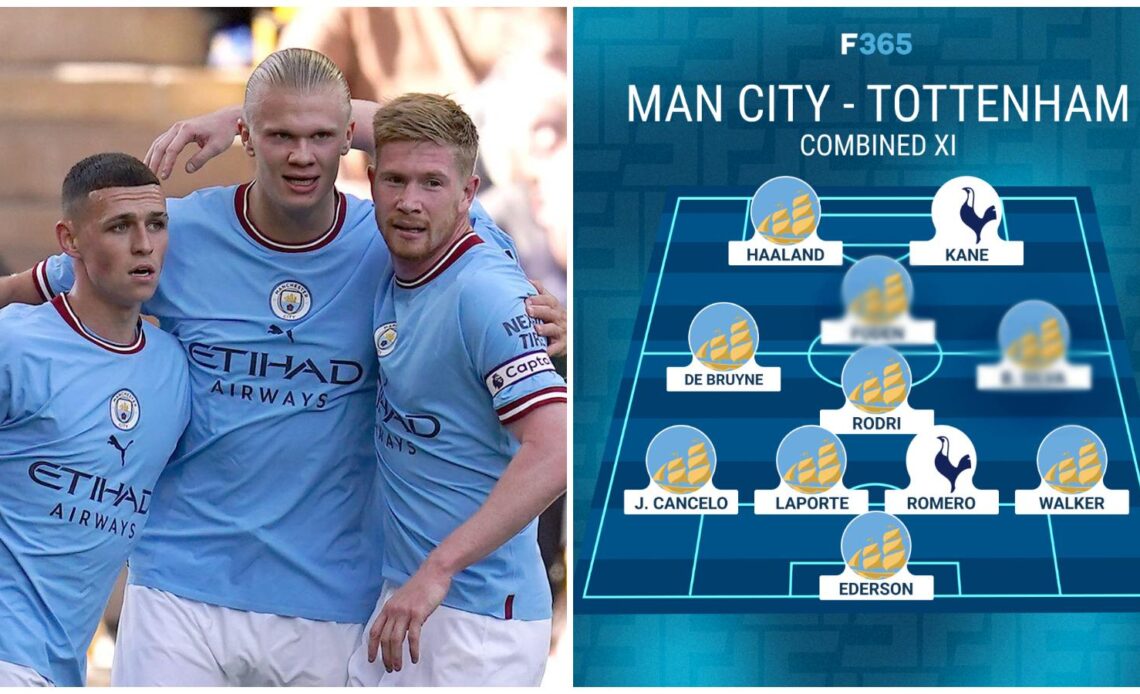 After losing the north London derby on Sunday, Tottenham have a less-than-ideal match to try and get back to winning ways. Arsenal will be hoping for a favour from their rivals, which will be a big ask, even though Spurs won this fixture last season.

Unsurprisingly, Manchester City are heavily favoured here in our combined XI consisting of players from the Premier League champions and Spurs.

GK: Ederson (Manchester City)
Hugo Lloris couldn’t get in my combined north London derby XI – a decision that was fully justified in Arsenal’s 2-0 win – so there is no chance whatsoever he will usurp Ederson here.

There isn’t much to say here. If you need convincing, I worry for you.

RB: Kyle Walker (Manchester City)
The only player in this team to play for both of these sides at some point in his career, Kyle Walker is one of the best right-backs in Premier League history, if not the best.

Spurs’ weakness is in right-wing-back, so, once again, this was a very straightforward decision that does not merit much of an explanation.

CB: Cristian Romero (Tottenham)
This one probably does need to be explained, though…

Pep Guardiola is experiencing something of a defensive crisis at the minute. Thankfully for him, any headache can be resolved by the plethora of talent throughout his squad. Ruben Dias and John Stones are out, meaning Manuel Akanji should start on Thursday. While the Swiss has been excellent this season, Cristian Romero gets the nod and is my first Spurs player to make this XI.

Romero was not great against Arsenal on Sunday and has probably not reached the heights of last season. Having said that, on his day, the Argentina international is one of the best central defenders in the league.

CB: Aymeric Laporte (Manchester City)
Aymeric Laporte has been very consistent for City since he joined from Athletic Bilbao for around £60million five years ago.

The debate between himself and Stones is a big one, but thankfully for me, I do not have to choose between the two due to the England man’s injury. Eric Dier and Clement Lenglet do not come close to beating him or Romero to a place here.

LB: Joao Cancelo (Manchester City)
What a player Joao Cancelo is. Despite being a natural right-back he has seamlessly become one of the best left-backs in world football. He makes this team ahead of Ryan Sessegnon and Ivan Perisic with no qualms.

DM: Rodri (Manchester City)
Rodri is just a joy to watch. He is solid defensively – when he actually…