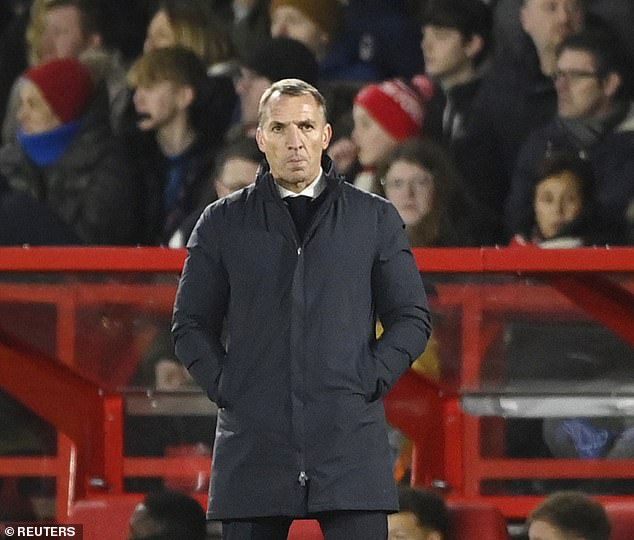 Brendan Rodgers revealed he held talks with Leicester owner Aiyawatt Srivaddhanaprabha this week as the Foxes boss spoke of the ‘invisible challenges’ that have made life tough for the club.

Leicester have lost their last four games and both Rodgers and the board have come under scrutiny from the fans ahead of Saturday’s clash with Brighton.

Srivaddhanaprabha, known as Khun Top, is expected to attend the fixture, where the atmosphere is likely to be spicy if the home side go a goal down early on. 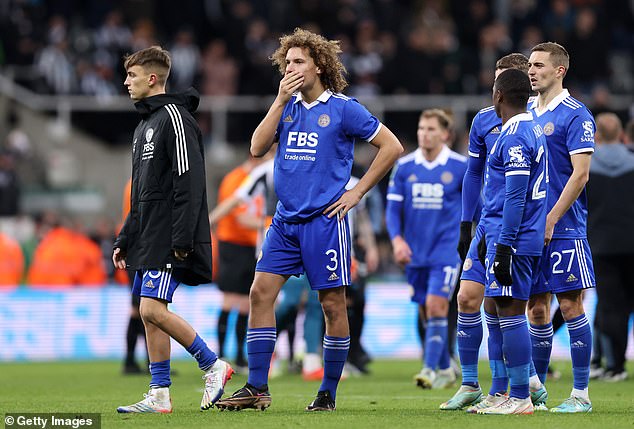 ‘I spoke to the owner on Wednesday when he was at the training ground,’ said Rodgers. ‘He is so determined and ambitious for the club to be the best it can be.

‘This season has been a challenge, in terms of the recruitment of players, but it doesn’t lessen the ambition of Top and the board. That should be great news for the fans. I understand we are in a position we haven’t been in for a few years and that can be tough to take.

‘Transparency is very important for everyone, above all for the fans. I have real empathy for them when they see where we have been, fighting for a place in the Champions League and winning trophies.

‘We go from that to then not being able to sign players and suffering. The club and the ownership have always had an incredible relationship with the fans. 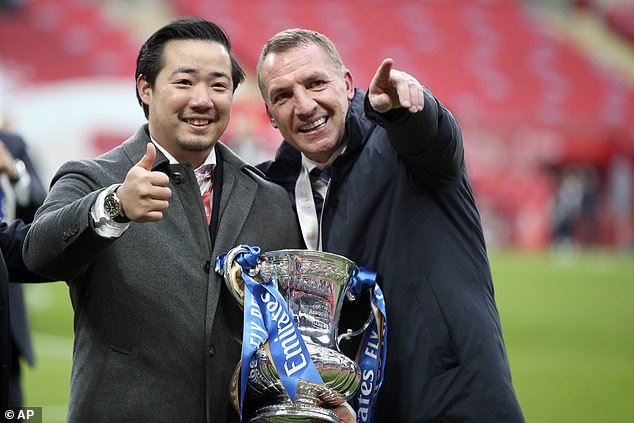 ‘My message to them is to ensure they trust the board here. The owner is amazing, I’ll always say that he’s incredible for club.

‘When I joined nearly four years…