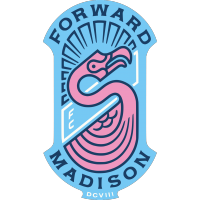 Head Coach Matt Glaeser explained how he can’t wait to see how Cichero, “can help jump start our attack and make big plays for our offense this upcoming season.” All of the FMFC coaching staff are excited to see Cichero’s immediate impact on the attacking side.

Before beginning his collegiate soccer career, Cichero was considered one of Oklahoma’s top prospects from the 2014 class. The attacker earned Oklahoman All-City Player of the Year in 2013 before going on to win Gatorade Oklahoma Boys Soccer Player of the Year honors in 2013 and 2014. After graduating, Cichero went on to attend Southern Methodist University where he played for the Mustangs for four seasons. Cichero’s first season with SMU was impressive, as the striker was named to the AAC Second Team and the All-Rookie Team.

During his sophomore season at SMU, Cichero was named the AAC Offensive Player of the Year and he made the NCAA Division I First-Team All-American team. In his final season with SMU in 2017, Cichero earned AAC Midfielder of the Year honors. By the end of his time with the Mustangs, Cichero appeared in a total of 68 games and tallied 24 goals.

While playing at SMU, over the summer of his sophomore season, Cichero joined the OKC Energy U-23 team in the Premier Development League. The striker contributed 4 goals in 4 games for OKC. After graduating from SMU, Cichero was selected 29th overall in the 2018 MLS SuperDraft. In 2020, Cichero signed with the Charleston Battery in the USL Championship. During his first season with the Battery, Cichero made 13 appearances and tallied 2 goals, while he helped his team reach the second round of the playoffs. By his third season with the squad, Cichero saw an important role where he made 26 appearances and scored three goals.

“I’m really hoping to achieve many positive experiences for the fans and make our home field a fortress,” Chichero said.