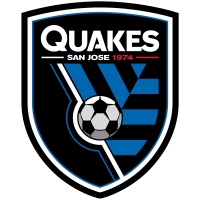 SAN JOSE, Calif. – San Jose Earthquakes Homegrown Players Emi Ochoa and Niko Tsakirishave been called to the United States U20 Men’s National Team for a training camp that will run from January 19-29 at the IMG Academy in Bradenton, Fla.

Twenty-three players will gather in Florida as the team continues preparations for the upcoming FIFA U20 World Cup, set for May 20 – June 11 in Indonesia. While U20 head coach Mikey Varas serves as an assistant at the senior USMNT’s January training camp, U17 head coach Gonzalo Segares will lead the camp. Segares has served as an assistant with the U20s throughout their cycle.

Ochoa, 17, signed a Homegrown Player contract with San Jose ahead of the 2020 MLS season. He was 14 years and 191 days old at the time, then the second youngest player to ever sign a professional contract in MLS history. In 2022, Ochoa made 15 appearances for Earthquakes II in MLS NEXT Pro and also made his first team debut in an international friendly against Spanish side RC Celta de Vigo. The Salinas, Calif. native has represented both the United States and Mexico at the youth national team levels, most recently winning the Slovenia Nations Cup tournament with the U.S. U19 National Team last September.

Tsakiris, 17, signed a Homegrown Player contract with San Jose ahead of the 2022 MLS season. He made 10 MLS appearances during his rookie year and started the team’s final three matches of the season, including the California Clasico against the LA Galaxy at Stanford Stadium. Tsakiris also started the team’s first two U.S. Open Cup matches, scoring one goal. He has previously represented the United States at the U15 and U20 levels.