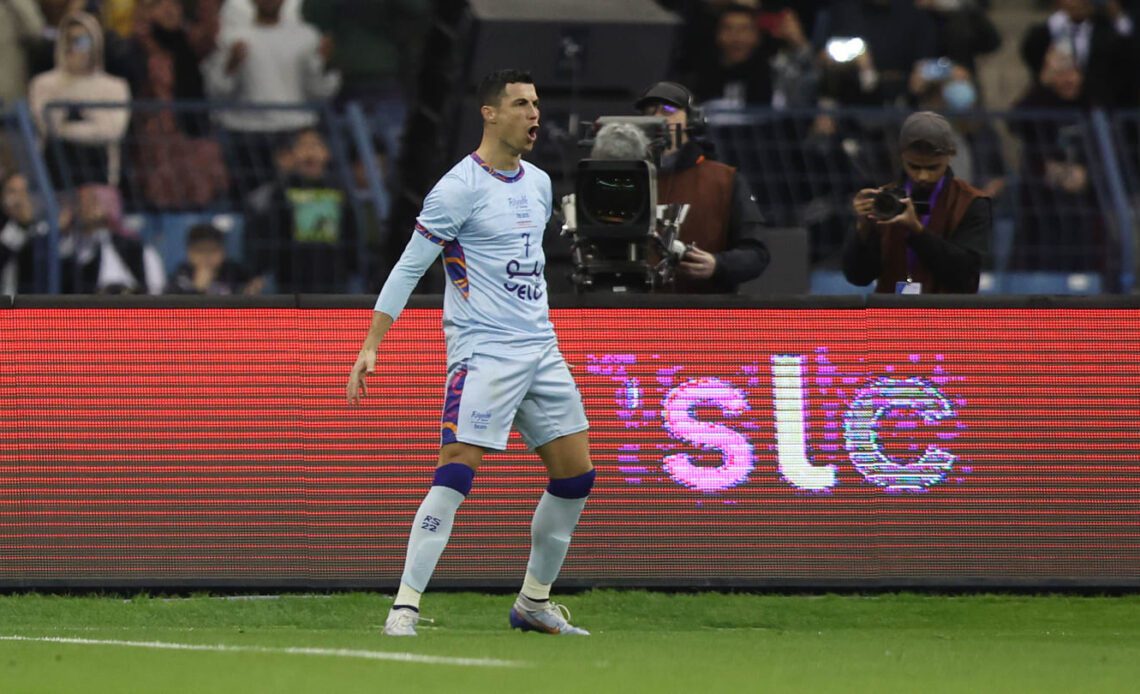 Cristiano Ronaldo scored a brace in the Saudi All-Star XI’s 5-4 defeat to Paris Saint-Germain at the King Fahd International Stadium.

The legendary forward completed a move to Al Nassr recently following the mutual termination of his contract at Manchester United at the turn of the year.

While CR7 is yet to play for Al Nassr due to a suspension being carried over from his time at Manchester United after knocking a phone out of an Everton fan’s hand last season, he was able to lace up his boots for the friendly clash with PSG on Thursday evening.

And Ronaldo marked his first game for the Saudi All-Star XIs with a brace in what had been dubbed the ‘Clash of the GOATs’ against Lionel Messi’s PSG.

It was actually Messi who got the scoring up and running in the game, bagging within three minutes of the kick-off before Ronaldo netted a penalty and a tap-in to cancel out Messi and Marquinhos’ goals heading into half-time.

PSG would then take control of proceedings in the second half as goals from Ronaldo’s former Real Madrid teammate Sergio Ramos, a penalty from Kylian Mbappe and a goal from substitute Hugo Ekitike made Les Parisiens lead unassailable – despite Hyun-Soo Jang and Anderson Talisca netting for the All-Stars.