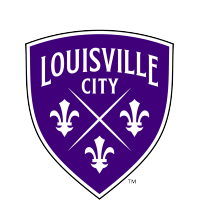 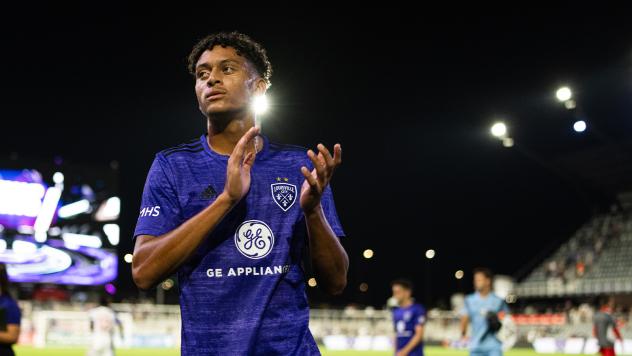 Louisville City FC and its original homegrown player, Elijah Wynder, have agreed to a contract extension through the 2024 season, it was announced Thursday.

The new deal, which is pending league and federation approval, was struck following an award-winning campaign for the 19-year-old midfielder. The USL Championship named Wynder its Comeback Player of the Year after he returned from a devastating knee injury to deliver LouCity’s Eastern Conference Final game-winning goal.

“First and foremost, this is a deserved extension for Elijah,” said coach Danny Cruz. “It has been a joy to watch his progression after the adversity he faced with his injury. He finished 2022 playing at a high level and provided us all with some memorable moments in this club’s history. When you look at his development and how he has continued to grow, we believe he has a very bright future. We are excited to be able to extend Elijah’s contract and look forward to seeing him back on the field for years to come.”

Wynder, who originally signed a USL Academy contract with LouCity going into the 2020 season, turned professional before the 2021 campaign. Then came the injury, which counted him out a calendar year until he opened 2022 with a loan spell at USL League One’s FC Tucson.

Once recalled last July, Wynder made 13 appearances in purple, scoring his first two professional goals in the process. The second of them came in extra time of the Eastern Conference Final, boosting LouCity over the Tampa Bay Rowdies and on to the club’s fourth-ever conference title victory.

“It was a no-brainer to re-sign when I was offered it,” Wynder said. “We’ve got a solid group of guys here, and we all want the same thing, which is a trophy at the end of the year. I’m excited to get started.”

From Louisville, Wynder continues to play alongside his 17-year-old brother, Josh, a star LouCity defender. The Wynder brothers were the first and second players to sign pro deals out of the LouCity Academy, which has also gone on to produce first team midfielder Carlos Moguel Jr., defender Owen Damm and defender Sebastian Sanchez.

Before his time in purple, Wynder emerged as a top talent for his youth club, Ohio Elite Soccer Academy-Kentucky. He also played at Louisville Collegiate, being named Kentucky’s Boys Soccer Player of the…