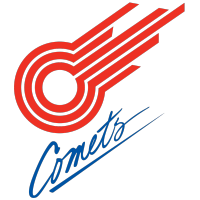 The Kansas City Comets have signed Columbia College graduate Akins Banton to a two-year contract. Per team and league policies, the terms of the agreement were not disclosed.

A native of Black River, St. Elizabeth in southwest Jamaica, Banton joined the team in the preseason and has earned his first professional contract in the MASL.

“I’ve been patient until it’s been my time,” Banton said. “It’s a good feeling to finally be a part of an incredible organization like the Comets.”

Standing at 6’4″, Banton’s teammates have nicknamed him “The big guy” and will bring another big presence at target forward.

Prior to signing with the Comets, Banton played college soccer alongside Lesia Thetsane and Nicolau Neto at Columbia College under head coach and former Comets player John Klein.

“These are people I respected and had a lot of love for while I was in college. For us to be here now is kind of a dream come true for me. They are here pursuing their goals, so it motivates me to keep going forward.”

Banton scored six goals in 21 games in two seasons as a midfielder with the Cougars, earning AMC Player of the Week once. Banton helped Columbia to conference championships and a spot in the semifinals of the NAIA National Tournament in both seasons.

“Akins has come in and earned the coaching staff’s trust through hard work and perseverance,” said Comets managing partner Brian Budzinski. “He is learning the traditional target position which takes time, but with his work ethic you will see him at Cable Dahmer Arena soon.”

The Comets are back in action this weekend as they visit the St. Louis Ambush on Friday, January 20. The Comets return home for Retro Night on Saturday, January 21. Visit www.kccomets.com/retro-pack-special for information about special ticket prices.